With No Extra Jobless Benefits Coming, Here’s How to Get By
see more from Career

Extra Jobless Benefits Won’t Happen Any Time Soon. Here’s What You Can Do

If you’re one of more than 25 million Americans collecting unemployment benefits, you won’t see additional aid until after the election — at the earliest.

In the heat of negotiations with lawmakers over a second stimulus package, President Donald Trump first called off stimulus talks entirely. Then, he specified he would support a standalone bill that authorizes another round of $1,200 stimulus payments but not a broader package that includes aid to those who are out of work.

“I have instructed my representatives to stop negotiating until after the election,” the president tweeted in the afternoon of Oct. 6. Later that evening, he said in another tweet that he supports a bill for stimulus payments only: “I am ready to sign right now.”

Simply put: $1,200 stimulus checks are still on the table. Extra jobless benefits are not.

Where Does That Leave Unemployment Benefits?

The two parties have been deadlocked in stimulus negotiations for months. The July 31 expiration date of the popular $600-per-week boost to unemployment payments brought them to the table initially, but talks fizzled out.

As a stopgap measure, the president authorized the Lost Wages Assistance program by executive order on Aug. 8. That program used federal money to boost some people’s unemployment checks by $300 per week.

The LWA program expired on Sept. 5, technically, though some states are still struggling to get the money into people’s pockets. In most cases, states ended up paying out retroactively. The program also left out nearly 1 million jobless Americans who were eligible for the previous $600 boost.

Didn’t see those $300-per-week additional payments? Here’s why you may have been left out of the Lost Wages Assistance program.

With both extra payment programs expired, you’re left with your basic unemployment benefit for the foreseeable future. Depending on where you live, weekly payments vary widely. 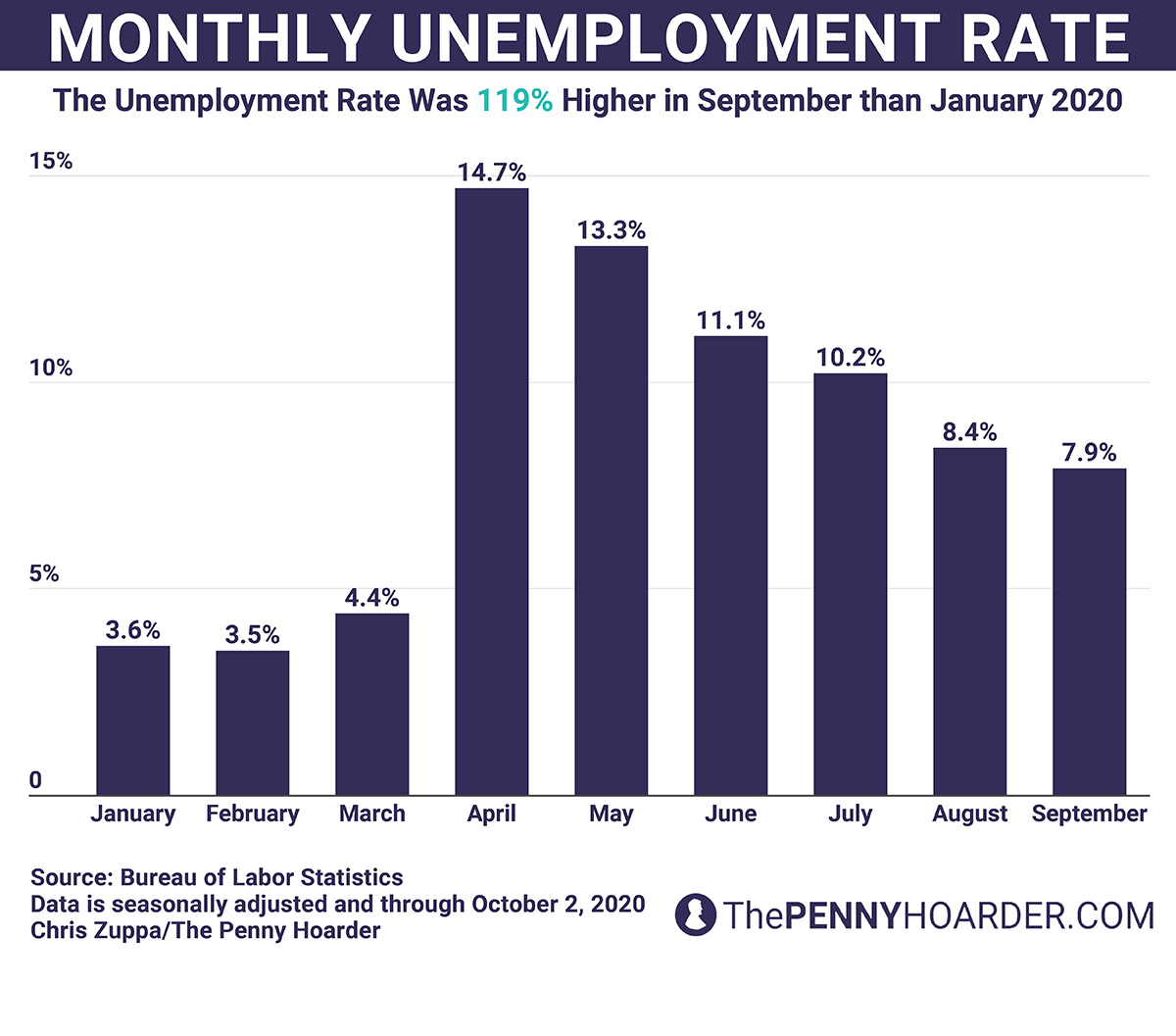 Average state-level Unemployment Insurance payments range from $180 in Louisiana to $449 in Hawaii, according to the Department of Labor. The national average is $305 per week. If you’re on Pandemic Unemployment Assistance, you receive at least half of that: between $90 and $224.

Say negotiations restart after the elections. Recent proposals suggest weekly unemployment could be boosted by $450 to $600 per week. Though that’s far from a given, and it could be a long time before additional aid hits your bank account.

That’s because lawmakers are still deadlocked. Negotiations aren’t expected to resume until some time after Nov. 3.

What You Can Do in the Meantime

The best course of action is to make a concrete plan that will allow you to move forward, regardless of what happens in Washington.

Here are five steps you can take:

Adam Hardy is a staff writer at The Penny Hoarder. He covers the gig economy, entrepreneurship and unique ways to make money. Read his ​latest articles here, or say hi on Twitter @hardyjournalism.