How to Legally & Ethically Sell Your Body for Extra Cash

Now that I have your attention, I’ll tell you the good news and the bad news.

The good news is that you can sell your body parts or the use of your body and make some serious extra cash, and do so in perfectly legal ways.

The bad news is that you might only qualify for a couple of the methods listed below.

And sadly, it seems that our bodies are not all equal in terms of how other people value them… 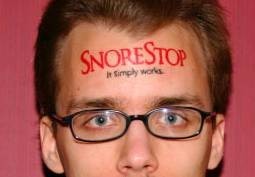 You might recall when Andrew Fischer sold his forehead space. The auction was on eBay in 2005, and the company that won paid over $37,000 for a one-month temporary tattoo of their logo on Fischer’s forehead.

That was one of the first times that body advertising got major headlines, but it wasn’t the first or last time people put company logos or marketing slogans on their skin.

In 2009 Air New Zealand paid people to place ads on their heads (see photo above). The thirty human billboards hired in the United States for this marketing campaign had to shave their heads and display a temporary tattoo for two weeks. It read; “Need a Change? Head Down to New Zealand.” Participants were paid either $777 in cash or a round-trip flight to New Zealand, which was worth about $1,200 at the time.

More recently an advertising agency in Tokyo paid women to place ads on their thighs. It isn’t clear how much each was paid, but it was sufficient to get more than 3,000 young women signed up for the campaign. Some people have been permanently tattooed for pay and regretted it, but if you stick to temporary advertising you might find a buyer for that empty ad space on your arm or chin. Unfortunately you’ll probably have to find clients on your own. Leaseyourbody.com and other websites that claim to broker such deals seem to be inactive at the moment.

Here’s a job just for the guys. But selling your sperm isn’t as easy as you might think. There are extensive health and family history questionnaires and some initial medical tests. There is also a limited window of opportunity between about 18 and 40 years old. But if you qualify you’ll get what works out to a great hourly rate for the time spent on the job.

Sperm donor David Plotz reported on his experience for Slate.com and discovered that it’s possible to make more than $200 per donation, and most sperm banks want you to come back again and again. If you are educated at Harvard or are planning on becoming a doctor, dentist or lawyer, you might be paid even more. How do you sign up? Check a good sperm bank directory to find the sperm “cryobank” closest to you, and get to work! Of course if you’re married you might want to check with your wife first.

While men can get a little extra income selling sperm, you women can make the big bucks with your eggs. There are extensive questionnaires and tests, as well as therapy sessions, hormone shots, and egg retrieval surgery.

But we’re not talking about making a few hundred dollars here. For your trouble you can join egg donors who are paid $8,000 to $15,000.

This is crazy, but in some cities in Venezuela, thieves have been attacking people with scissors and quickly cutting off their hair — but only if the victims have a lot of it. Around the world long hair can be sold for hundreds of dollars. With that in mind you might want to consider selling your hair yourself. You’ll make some extra cash and your new buzz-cut will make it safer for you to travel to Venezuela (that’s me being funny, folks).

How much can you get for those long locks? It depends on the type of hair you have, the length, and even what you eat. Buyers want healthy attractive hair for wigs and extensions. Selling a ponytail for several hundred dollars is common. You can see current auctions and the prices that have been paid for hair in the online marketplace at hairwork.com. You have to pay $25 to advertise on the website, but one woman sold her hair that way for $4,000, and several of the auctions at the time of this writing have minimum bids over $1,000.

Although red blood cells and platelets are needed too, it’s usually your plasma that you sell. Blood drive operations and “non-profit” outfits pay you with a cookie and feel-good sticker, so skip those. No really, the plasma you get paid for will save lives just as much as that you give for free, so don’t let doctors and blood bank executives who make big money using your blood to save lives convince you that your contribution is worth nothing.

You can search “plasma centers” plus the name of your city or others that are nearby to find a place that will pay you. The website bloodbanker.com might help too. Use the “Select by USA State” button to get to a list that identifies which labs pay cash. At the moment the range is between $20 and $60 per visit, and you can donate up to twice weekly.

Years ago, when I lived in a small town in northern Michigan, the local college regularly hired nude models for the art classes. They paid a decent hourly wage for just sitting there, and took almost anyone who applied, but I never had the nerve to strip down for that paycheck. Fortunately there are plenty of modeling opportunities that let you keep your clothes on, and not just in New York or Hollywood. You could be hired for a photo shoot for a local clothing store, as a model for a painter, or to smile and point at cars during an automotive show.

Cities and towns across the country have agencies that find the gigs for you. Search Google for “modeling agency” or “modeling jobs” plus the name of the place you live. If you don’t get enough results, try other towns near you.  Government statistics show modeling employment will grow 15% in the coming decade, which is faster than most professions. Of course they also say that models average only $9.02 per hour, but who knows? You might work your way up through the ranks and make a bit more. Top model Gisele Bündchen made $42 million last year.

So there you have it; six ways to use your body to make money. You don’t have to take off your clothes or even make any permanent changes. And I didn’t even suggest selling your organs, although selling your kidneys is legal in Iran.

Your Turn: Do you have your own story of using your body to make a buck? Tell us about it below — as long as it’s legal and suitable for all readers…