Nearly 20% of Americans Struggle to Pay the Rent. Here’s Why

I recently had a conversation with my parents about why my generation financially struggles.

Like many baby boomers, they assumed it was the result of poor decisions or laziness.

But I told them the truth: Rent is astronomical, we don’t get paid as much as they did — and we have zillions of dollars in student loans.

Like good parents, they believed me. But now I also have proof.

Apartment List recently analyzed census data from 1960 to 2014 to “understand how rent and affordability have changed over time.”

WHAT? Give me a sec while I pick my jaw up off the floor…

Why It’s So Hard to Pay Your Rent

That’s a huge burden on the 37% of Americans who rent — which, by the way, is a higher percentage than ever before.

Nearly half of renters (49%) are considered “cost-burdened,” Woo explains, meaning they spend more than 30% of their income on rent.

That number has almost doubled since 1960, when 24% of renters were cost-burdened.

Throw in the average student loan, which is 56% higher than just 10 years ago…

The cost of living is overwhelming.

And it’s an understatement when Woo notes: “Nearly half of [renters] are struggling to pay the rent.”

Here are the grim findings in picture form. 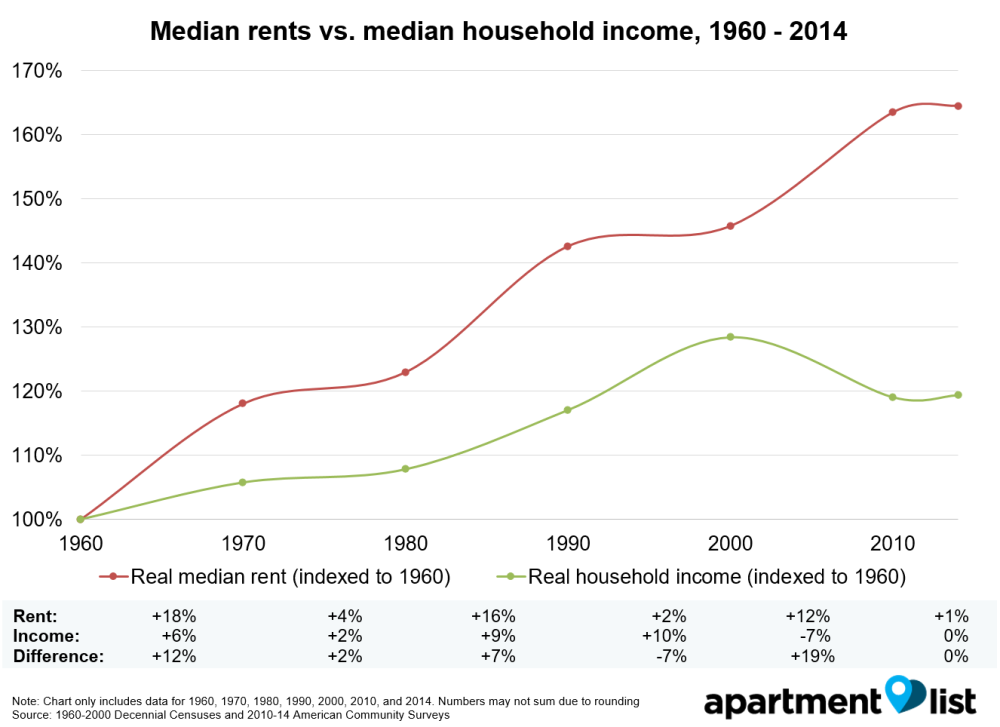 So, what if things had gone differently? If rents had risen, you know, at the rate of inflation?

“The average renter would be paying $366 less in rent each month,” Woo writes.

So, what can you do (besides bang your head against the table)? Here are a few posts that might help:

Your Turn: How do you afford your rent?