This just in: Traveling is expensive.

But traveling is awesome. As travel junkies (yours truly included) frequently quip, it’s the only thing you buy that makes you richer.

Note the word “buy” still makes an appearance, though. You do have to spend some money if you want to see the world.

Luckily, if you’re in on a few key penny-hoarding secrets, you won’t have to spend as much of it.

10 Ways to Save Money Traveling

In fact, it can be a lot more inviting and personalized than traditional travel tactics. Who wouldn’t rather stay in a beautiful local home instead of a cookie-cutter hotel room?

So next time your wanderlust comes calling, feel free to give in — as long as you take steps to mitigate exorbitant (and unnecessary) travel costs.

1. Stay connected — and keep your money, too.

You don’t need to worry about shelling out big bucks just to keep in touch with the friends and family you left back home.

If you just grab your cell phone and take it along without making a plan, you could be facing a serious bill when your return flight lands. Foreign roaming charges are No. Joke.

But we have our ways around such obstacles. 😉

One of our favorite mobile providers, FreedomPop, just released a new 3-in-1 SIM card kit including 100% free internet — and it works around the globe. 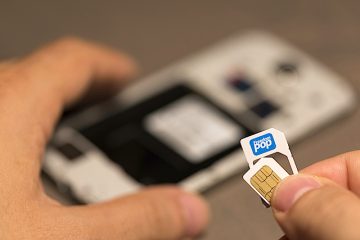 Better yet? You can probably use it with the phone you already have — if it’s unlocked.

The basic plan is totally free after you pay for the SIM card itself, which arrives at your door activated for just $4.99. You even get free shipping!

The free plan includes 200 minutes of talk, 500 text messages and 200 MB of data to use on your big adventure, not to mention you can always communicate via Wi-Fi for free. And seriously, when’s the last time you went to a coffee shop that didn’t have free Wi-Fi?

And since you don’t have to sign a contract, there’s really nothing to lose. You get to use your own phone around the world, without stressing about bogus foreign roaming charges.

2. Bring your own airport food. 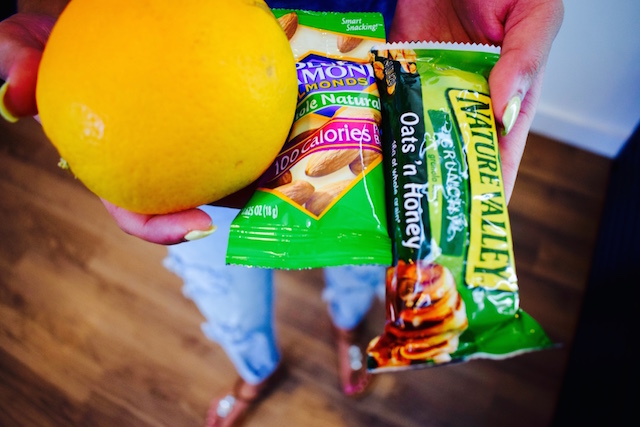 Nothing annoys me more than overpaying for iffy food.

And flyers are the ultimate captive audience. The airport is a twilight zone where you’ll pay $10 for a wilted, prepackaged salad topped with cold, spongy chicken breast.

I don’t freaking think so.

You can bring solid items through TSA security checkpoints — including healthy snacks like apples, protein bars, nuts, you name it — as long as it’s not liquid.

Save dining-out money for the food at your destination you actually want to try.

Here are eight more tricks to help you save on your travel food budget.

When it comes to costs, some destinations are better than others.

If you head to an ultra-expensive city like New York or San Francisco, you’ll probably spend more money than you would in, say, Nashville — even if you take things as frugally as possible.

But if you pick a lesser-known (but still awesome) destination, you’ll be able to stretch those dollars further.

And let’s be real, what are you going to do in Manhattan besides shop (and, OK, maybe take in a Broadway show)?

Traveling is your chance to explore the world. Get outside! Road trip it to a national park (get in for free this August!) and hike a trail or climb some rocks.

And if a city’s just more your style, pick an affordable, but charming one, like Charleston or New Orleans. If bright lights are calling your name, try Vegas — most of its legendary hotels have rock-bottom options that’ll still have you sitting in the lap of luxury.

Got your heart set on international travel? Seek out countries where the U.S dollar is worth more.

Play your cards right, and you’ll find you have a lot more spending power with the same amount of travel budget! To get you started, here are six cheap, exotic destinations where you can get a three-course meal for two for under $20.

4. Gear up with the right plastic. 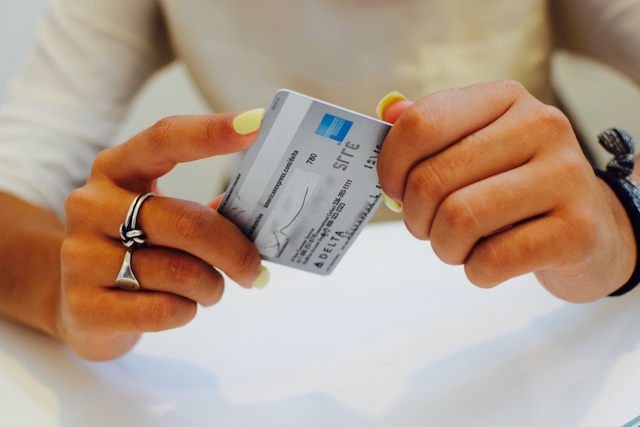 If you use the wrong credit card in a foreign country, you’ll spend extra money on foreign transaction fees every single time you swipe.

For trips abroad, it’s imperative you ensure you have a working credit or debit card with a bank that doesn’t charge you just to access your own hard-earned cash.

Plus, in most countries, swiping doesn’t cut it anymore. you also need to make sure your cards come equipped with one of those nifty EMV chips.

While you’re at it, why not make sure your plastic’s really working for you?

Find cards that offer rewards — like frequent flyer miles. Or, if you fly one airline in particular, consider applying for its proprietary card to get free checked bags and other perks.

Just make sure you pay your cards down in full every month to enjoy all the rewards without any interest.

No matter what kind of card(s) you’re bringing, be sure to call the bank and let them know when and where you’ll be traveling, so you don’t get stranded without any funds when it puts a fraudulent use hold on your cards!

5. Get your money right. 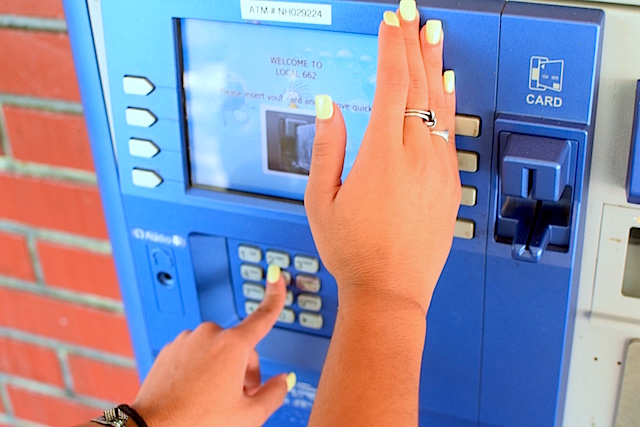 Now that you have your plastic set, it’s time to think about paper.

I wouldn’t recommend traveling with a ton of physical spending money, but it’s a good idea to have some cash on-hand.

Most vendors and even taxis take credit, but you never know when you might run into the exception to the rule. And if your bank does put a hold on your cards for any reason, having some cash means you won’t be totally stranded.

You’ll likely get the very best rate if you can find an in-network or “sister” ATM in your destination country and pull the cash once you’re there, Fodor’s advises. Plus, you won’t have to worry about keeping track of a stack of cash during your flight(s).

But tread carefully — if an ATM is out of network, you could pay up to $5 per transaction, plus a percentage of the withdrawal, just to access money you’ve already earned. No, thanks.

Another smart option? Order the cash from your bank, stateside. It may charge a small fee, but probably way less than what you’ll pay using an online or airport currency converter.

And if you’re thinking of just bringing a U.S. Benjamin and calling it a day, beware.

Businesses who offer to take your native currency at the register may charge an exorbitant fee for the favor, according to NerdWallet. Insist on paying like a local — with local currency.

6. Plan as much as possible. 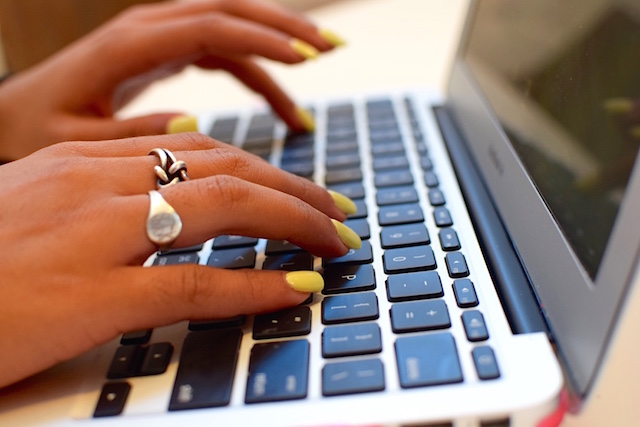 At home, it’s easy to tell when something’s overpriced.

You live and shop here every day, so you know the difference between “expected” and “exorbitant” for a cup of coffee or a t-shirt.

But in an unfamiliar market, you don’t know what average looks like — which can spell danger for your travel budget if a vendor takes advantage of your ignorance.

Research what things should cost before you go, so you can recognize (and avoid) a raw deal. Doing some homework ahead of time can help you find better ways around costly mistakes.

Instead of paying for a multitude of one-trip tickets, maybe try a weekend travel pass. Airport taxi ride costs $50 either way? Check out public transit: Maybe there’s an option that won’t add too much travel time (or strengthen your post-flight headache).

Know how to spend your money properly — for example, not all countries have the same tipping customs as we do in the U.S.

Also, check what kind of electrical outlet is used in your destination country, so you can buy an adapter ahead of time. You’re sure to be overcharged at the airport store. 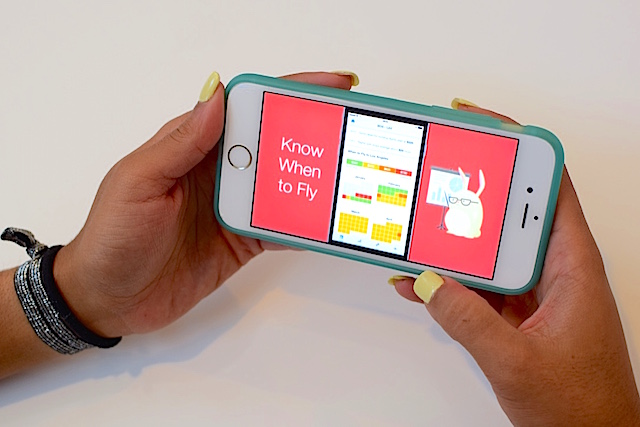 Are you seriously not collecting miles yet? You’re basically walking away from free money.

If you are collecting miles, but haven’t quite racked up enough for a free flight, do yourself the favor of purchasing flights as intelligently as possible.

Smartphone apps like Skiplagged and Hopper can help you find the cheapest flight(s). And if your dates and destinations aren’t set in stone, spend an hour or three exploring options with Google Flights.

Travel during the less-popular shoulder season, when pretty much everything about your vacation will be way cheaper.

Check one-way rates in both directions, which might actually be cheaper than a round-trip package.

And make sure you strategically plan and purchase your flights. You’ll get the cheapest travel if you plan early, of course, but there are other rules, too.

Check out our guides for how and when to buy flights for summer and holiday travel. Surprisingly, even the day you book can have a huge effect on how much you spend (hint: Make sure not to buy on a Friday!). 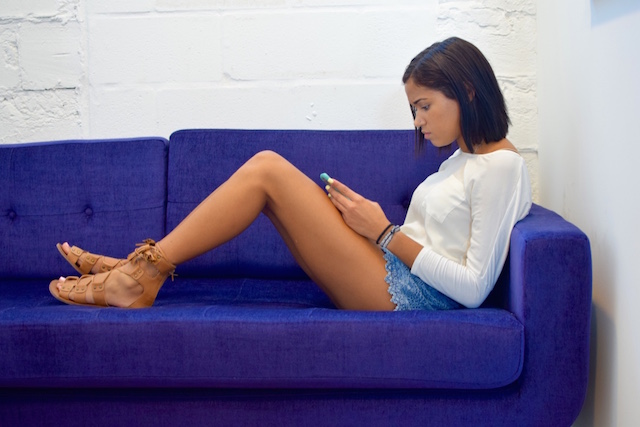 Hotel rooms are so last century.

With the advent of the sharing economy, there are more ways to get cheap — even free — accommodations almost anywhere you go.

Apps like Airbnb and Homestay help you see your destination from a local’s eyes — and for way less than a prefab room furnished with tiny, annoying bottles of shampoo.

Play your cards right, and you can find free lodging. Look into house swaps or download Couchsurfing. It’s how I met some amazing and generous people on my epic mid-20s road trip.

Most importantly, you get the added bonus of hanging out with that local. Can you say free tour guide and brand-new pen pal? 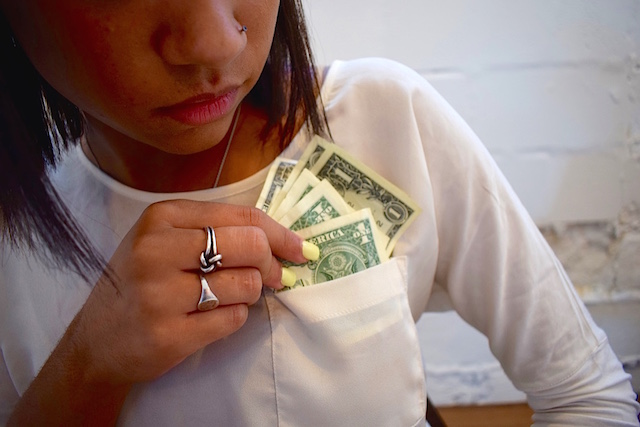 It’s hard to save your money if you lose your wallet.

As mentioned above, while you should probably carry some cash, I’d warn against carrying a lot of it.

If you can, leave your valuables (and definitely your passport) in your room’s safe. They’re more likely to get lost if you keep them with you.

For stuff that’s gotta come along, consider investing in an anti-theft bag.

There are tons of options with high-tech, gear-guarding features, like lockable security clips on zippers and slash-proof, wire-lined straps. They’re not cheap — but way less expensive than if someone swipes your stuff while you’re far from home.

10. Actually make money on the road. 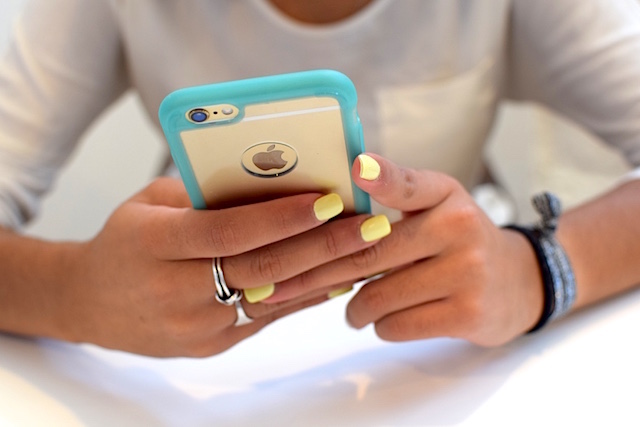 Actually making money while on the trip of a lifetime? Yup, it’s totally doable — and in a ton of ways.

You could consider a longer-term project like starting a travel blog, or just putting your place on Airbnb while you’re away.

There are lots of other sharing economy apps making it easy to earn extra cash while you’re abroad. Try Gigwalk or Field Agent while you’re away to make up some of those travel costs.

Just make sure if you’re using smartphone apps, you’re not paying out the wazoo for data — especially when you can so easily get it for free. (Psst — with FreedomPop, you’ll actually get free data every time you refer a friend… which pretty darn close to getting paid!)

Your Turn: Where will your travels take you this year?

Sponsorship Disclosure: A huge thanks to FreedomPop for working with us to bring you this content. It’s rare that we have the opportunity to share something so awesome and get paid for it!

Jamie Cattanach is a staff writer at The Penny Hoarder who spends all her hoarded pennies on traveling far, well and cheaply. Her writing has also been featured at Word Riot, DMQ Review, Hinchas de Poesia and elsewhere. Find @JamieCattanach on Twitter to wave hello.