Class of 2020, the federal government gave you a graduation present: interest-free forbearance during your student loan grace period.

Perhaps it doesn’t sound as exciting as a pair of AirPods, but if you’re among the grads joining the ranks holding $1.54 trillion in student loan debt, then that gift could mean more money in your pocket now — and for years to come.

Here’s all of our coverage of the coronavirus outbreak, which we will be updating every day.

Wondering how — and what the heck a “grace period” and “forbearance” are? We’ll help you decipher it all.

Don't stress about debt — we've got your back! Get great ideas delivered straight to your inbox in The Penny Hoarder Daily.

How to Use the Student Loan Grace Period During Forbearance

Let’s start with a quick explainer of the terminology.

What Is a Grace Period?

Think of a grace period as the federal government’s equivalent of your parents letting you live rent-free in their basement. You get a few months to establish yourself financially before you have to start paying.

PLUS loans don’t have a grace period, but graduate and professional students automatically get a six-month deferment during which no payments are due. Parent borrowers must request the deferment.

For most federal student loans, the grace period is six months (some Perkins Loans offer nine months) after graduation — if you left school or dropped below half-time enrollment, the student loan grace period kicks in at that point.

At the end of the grace period, two things happen:

The other important fact to know about a typical grace period: Interest continues to accrue.

Your total at the end of the grace period (all of which you’ll be accruing interest on): $23,600

However, the class of 2020’s grace period overlaps with the CARES Act’s administrative forbearance period.

How Does Forbearance Through the CARES Act Help? 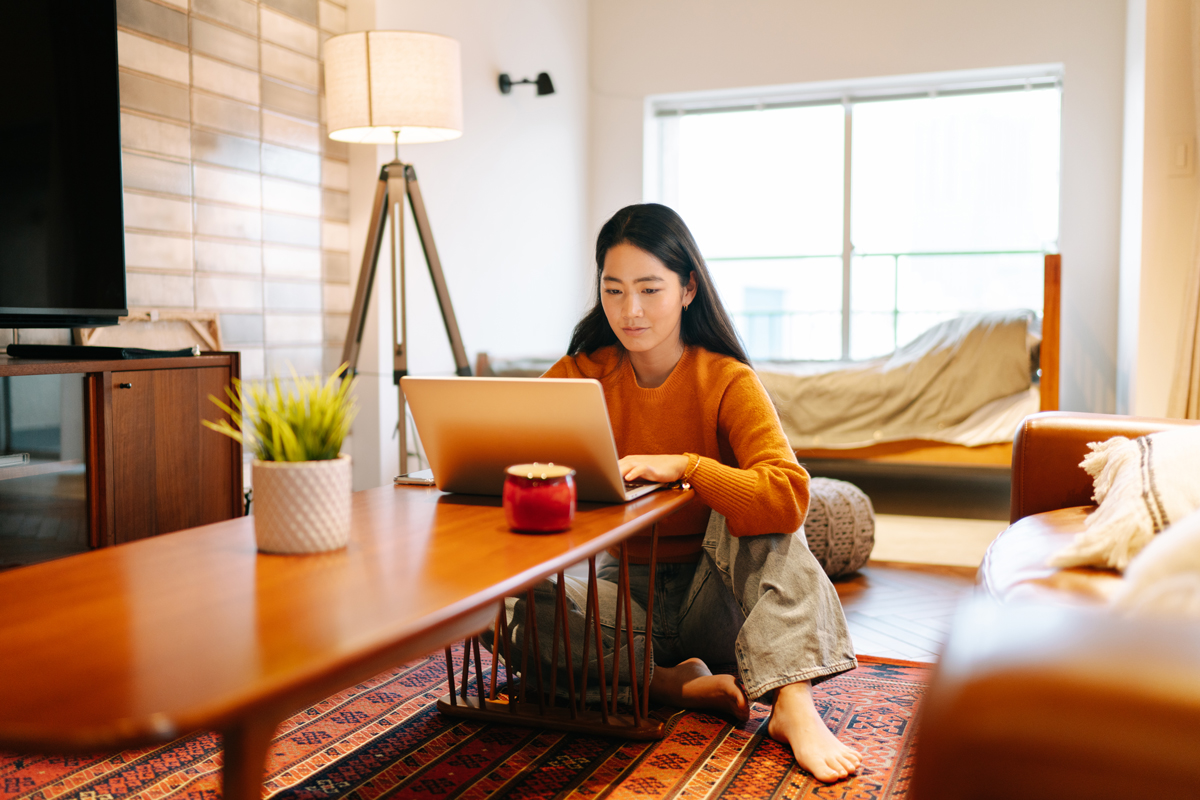 Thanks to the Coronavirus Aid, Relief, and Economic Security Act — aka CARES Act — the federal government put all federally held student loans into administrative forbearance until Dec. 31, 2020.

The forbearance is similar to your grace period — no payments are due — but with one important exception: The interest rate is 0% for that time period.

So if you graduated in June, you don’t need to make payments until December, but you also won’t accrue any additional interest on those loans during that time.

Make the most of these months. Here’s how.

4 Steps You Should Take During Your Student Loan Grace Period

Consider this your cheat sheet for the next few months. Here are four things you should do.

1. Know What You Owe

Organizing now will help you for years to come — especially if you’re like most grads, who take out multiple student loans over a four(ish)-year career as a college student.

Gather a list of your student loans, including amounts, interest rate and loan servicers. Here’s a guide to help you figure out how much you owe in student loans.

Don’t consider this a one-and-done decision — at least, not unless you want to spend thousands of extra dollars repaying student loans.

When you graduate, you’re automatically enrolled in the Standard Repayment Plan, which calculates payments based on a 10-year repayment schedule — so the monthly bill could look a little steep right now.

If you’ve struggled to find a job amid the recent economic downturn, now is the time to look into an income-based repayment plan, which can lengthen the repayment time period to allow for smaller payments. But you’ll be paying for as long as 25 years and end up forking over a lot more in interest.

If you want to know what your monthly payments will be under a new repayment plan before you call your loan servicer, check out the fed’s loan simulator.

Each of the payments plans has its own merits and drawbacks, according to Jake Northrup, Certified Financial Planner and founder of ExperienceYourWealth.com. The key is recognizing which one is best for you right now, knowing that you’ll need to revisit the decision as your income — and life — changes.

“The strategy that you choose when you graduate is probably not going to be the same strategy three to four years from now because there’s going to be so much uncertainty,” he said. “So things like changing careers, or buying a home, or getting married — all these things actually really do impact your student loans.”

Northrup also recommended using this time to investigate student loan forgiveness options and any payment plans requirements you must meet to qualify.

3. Take Advantage of the Forbearance to Pay Down More Interest

This is where you can make a real impact on your financial situation now and for the future.

Commit to hustling until the end of December to pay down as much interest as you can — whether it’s taking on that extra side job or cutting back to a barebones budget.

You’re not piling on additional interest during this time, so you can put every dollar toward any interest you accrued while you were in college.

If you’re headed to grad school, you’ll receive the full six-month grace period for your student loans after you graduate from there or drop below half-time enrollment.

Any amount you can put toward paying down interest will reduce the amount that’s capitalized at the end of the grace period.

And incorporating student loan payments into your budget before other expenses can take priority is important, especially in uncertain times, according to Certified Financial Planner Joe Messinger, partner and director of college planning at Capstone Wealth Partners and CEO of College Aid Pro.

“Start to pay something — get in that habit,” he said. “Because the reality is that the landscape is changing — we’ve seen dramatic changes just in the last five years to the student loan environment, and there are more coming.”

See more in Debt or ask a money question

4. Use the Forbearance Break to Pay Down Other Debts

If you’re a bit overwhelmed as you graduate — and have other higher interest debt weighing on you, using the forbearance period to set yourself up for financial stability could also be beneficial, according to Northrup.

Don’t be tempted by the offer of a lower interest rate. If you refinance federal student loans now, you’ll lose the flexible features and benefits that you may want to take advantage of later.

“If someone comes out of school and they have credit card debt or they don’t have a sufficient emergency fund, they can now prioritize any income they have toward building up their financial roots,” he said. “It buys new grads time for them to reevaluate everything else in their financial life.”

By using the interest-free forbearance period to the best advantage, you could be setting yourself up for lower payments and less debt as you start your post-college life. How adult of you.

Tiffany Wendeln Connors is a staff writer/editor at The Penny Hoarder. Read her bio and other work here, then catch her on Twitter @TiffanyWendeln.