The 6 Wackiest Investments for Under $100

If your savings account isn’t exactly ready for prime time or you are just looking for some weird ways to diversify your portfolio, check out these seven wacky investments. All of them require $100 or less!

You don’t have to be a major stakeholder in Columbia Records to invest in an up-and-coming band. There are a number of websites that pair individual investors with independent bands that need to raise money to record an album.

The sites let you sample the artist’s music and then you can invest as much as you want in their startup costs with the minimum investment only being $1.00.

Read the terms carefully, but you can often earn interest and royalties on your investment. If you’ve got an ear for talent you might just end up investing in the next Norah Jones or Red Hot Chili Peppers. A good resource to get started is SellaBand.com. 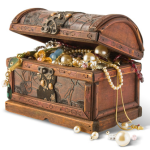 Most of us have had fantasies of discovering buried treasure in the backyard since we were a kid. A few have made full-time jobs out of hunting for old shipwrecks, but for most of us, treasure hunting is something relegated to pulling loose change out of the dryer. However, in the last few years it has now become possible to invest in someone else’s treasure hunt with the possible reward being a share of the loot.

Private treasure hunting companies usually require a several thousand dollar investment from their investors, but one of the biggest companies is actually publicly traded. Odyssey Marine Exploration is traded on the Nasdaq under the ticker symbol OMEX and they have had some incredible finds over the years.

In 2003 the company found the Civil war era SS Republic and recovered 50,000 coins and 14,000 artifacts. Their stock price tripled the next day. In May 2007 they announced finding the infamous Black Swan site and the 500,000 silver and gold coins buried below. Their stock more than doubled, climbing from $4.08 a share to $8.32 a share within a few hours. 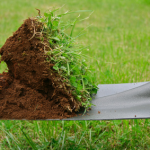 3. Invest in a Piece of Land

Believe it or not, the recession has made it possible to buy plots of land for under $100. A popular place to find cheap land is Ebay where desperate sellers are unloading hundreds of bargain plots everyday. Just this week a corner lot in Michigan was sold for $81 on Ebay. A recent auction also saw a 1/4 acre, 30 miles south of Albuquerque, NM, sold for only $52.55.

Of course there are additional costs to owning land such as a title transfer fees and yearly property taxes and there is also no telling what the property will be worth in the future. But you might just strike gold if a Wal-mart decides they need your land for a new shopping center. 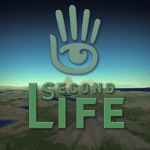 It’s been compared to “Sim City” on steroids and it has quickly grown into a world-wide obsession the last few years. Second Life is a virtual world that allows users to have virtual families, buy virtual goods, and even get a virtual job.  Purchases on Second Life are made with Linden dollars and Linden dollars have developed real world value as the game’s popularity has increased. Linden dollars are even sold on Ebay!

The game is free to play, but there are a number of investment opportunities that could require a start-up cost. Some players have made money by buying virtual real estate, fixing it up, and reselling in back on the Second Life market. Others have created a popular product to sell in the marketplace or opened up a retail store to sell goods to fellow players. 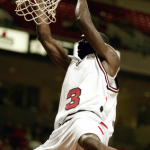 5. Invest in a Sports Team

In less you’ve got a country club jacket and an Amex Black, chances are that you will never own a sports team franchise. However, you can own a piece of it just by buying a few shares of publicly traded companies on the stock exchange. The New York Times (NYT) owns 18.5% of the Boston Red Sox and Madison Square Gardens (MSG) owns both the New York Knicks and the Rangers. 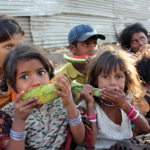 Oprah recently made Kiva.org famous by declaring it as one of her “favorite things”. Kiva’s slogan is “loans that change lives” and it is built upon allowing individuals to invest in small businesses around the world.

Many of the business are run by underprivileged families who are working towards a better life. Sample loans include an opportunity to invest in a family coffee business in Bolivia and another includes a man in Uganda who needs a $175 loan to grow tomatoes.

You can invest as little as $25 in each business and the loans are usually repaid within a year. The investment won’t earn any interest on your money, but you might gain some serious karma which is probably more valuable in the long run anyway. Kiva boasts that they have a repayment rate of 98.91% and will return your money via Paypal when the loan is repaid.

This article contains general information and explains options you may have, but it is not intended to be investment advice or a personal recommendation. We can't personalize articles for our readers, so your situation may vary from the one discussed here. Please seek a licensed professional for tax advice, legal advice, financial planning advice or investment advice.