Helene in Between: How This Woman Makes Money Travel Blogging
see more from Career

And at 31, Sula has seen more of the world than most people will in a lifetime.

Make no mistake, though — Sula isn’t being paid to travel (she actually only accepts a few sponsored trips per year). Instead, Sula makes a living through her highly-successful travel and lifestyle blog Helene in Between.

Here’s her story — and advice for anyone looking to make a big leap or change in their own life.

A Blessing in Disguise: How a Heartbreaking Accident Changed the Course of Sula’s Life

Sula started the Helene in Between blog six years ago after a rock climbing accident left her on the couch, recovering from a broken ankle.

She writes on her blog: “I was laid up at home, unable to go to work for weeks. My only outlet was to pour my heart into this blog. It became the silver lining.”

With a day job in digital marketing and social media, Sula realized she could put her professional skills to use to grow and monetize Helene in Between.

“I quickly became invested in the idea of growing the blog,” Sula explains. “I enjoyed the connections I was making, and I wanted to grow those connections in a more meaningful way.”

Break the Rules: Blogging Her Own Way

There’s one blogging rule Sula doesn’t follow — while heavy on travel content, her blog doesn’t fit neatly into a niche.

“Everyone tells you, ‘you need a niche’,” says Sula. “I was never very interested in that. I wanted to be able to talk about my passions, and I was still finding success despite talking about a variety of subjects.”

In addition to blogging consistently, Sula soon realized the power social media could have on her brand. She began to spend more time on Instagram, where she now has more than 128,000 followers.

“I realized I could use Instagram as a way to transition people back to my blog,” Sula explains. Her Instagram took off when she moved abroad, and Sula began using the platform as a way to share her day-to-day life with her followers.

Along the way, Sula experimented with various monetization tactics, adding display ads to the website and working with third-party marketing companies to write sponsored posts.

She eventually stumbled into affiliate marketing, but it wasn’t until she launched her first online course that she knew she could actually turn her blog into a career.

Born and raised in Dallas, Sula had the opportunity to travel to Europe each summer while her parents taught a study abroad program in London. When she was 18, Sula begged her parents to let her then boyfriend, now husband Michael join them for a summer in Europe. He fell in love with travel, too. 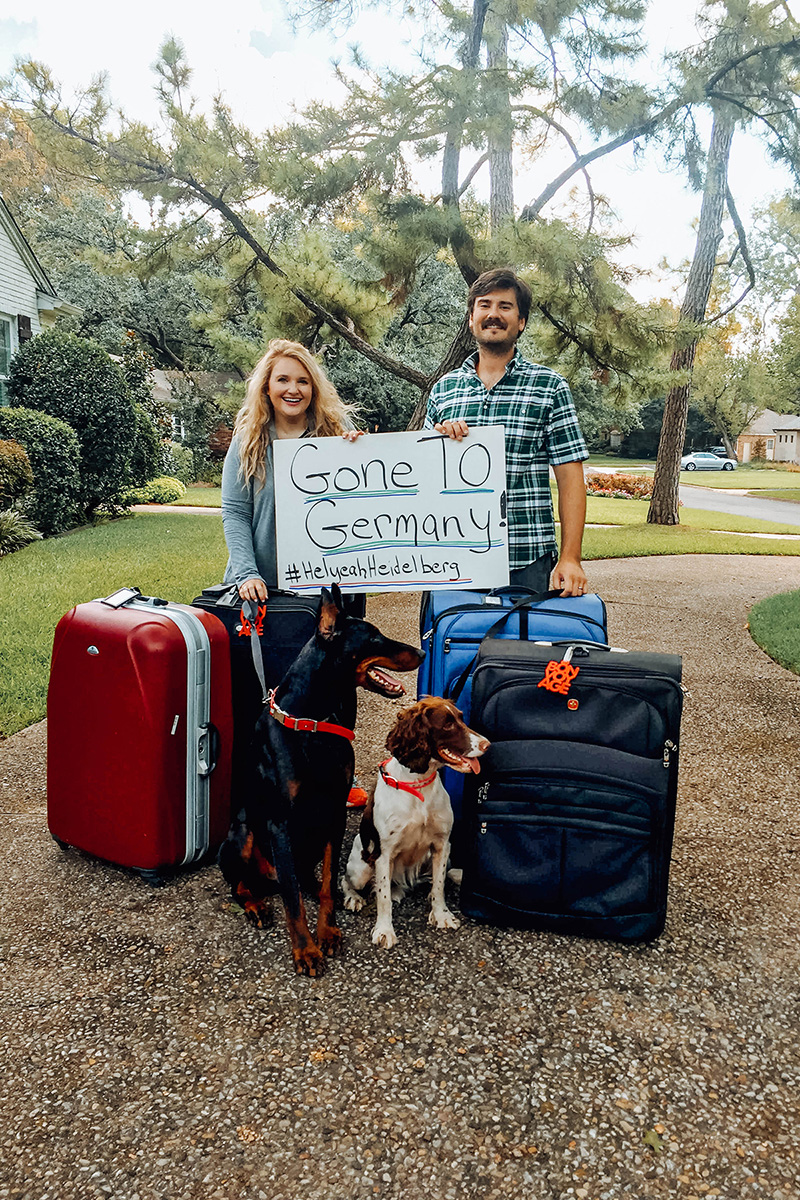 Sula and her husband, Michael, moved from Texas to Germany in 2006. Photo courtesy of Helene Sula

“I realized I hadn’t really talked about travel on the blog,” Sula explains. “I asked myself, ‘Why am I not talking about this aspect of my life?’”

She started slow, blogging about past travels, eventually penning a post about Tomorrowland, an electronic dance music festival held in Boom, Belgium that she attended in 2013.

The post went viral, exceeding 600,000 views and ranking #1 on Google. Sula was hooked on travel blogging. She learned from the success of the Tomorrowland post, and developed a signature style of travel writing, priding herself on weaving personal stories and anecdotes with detailed travel information and tips readers can actually use.

“You read travel pieces that are very cut and dry, but that’s not me,” Sula explains.

From Texas to Germany

As Sula’s blog grew, so did her desire to travel.

“Michael and I were always taking short trips abroad,” she says. “It was so quick.”

Newly married and fresh off buying a home, the Sulas began contemplating a move abroad.

“The driving force was a desire to see the world in a manner that allowed us to appreciate it,” Sula says.

The couple wasn’t rash in their decision to move. They spent six months saving money, and then moved to Nashville, Tennessee for a year as a “test run” for being away from home.

During that time, Sula quit her job and transitioned into full-time travel blogging. With years of successful blogging under her feet, the time was right to make a big move to Europe.

“We’ve always been super conscious about budgets and money,” Sula explains. “We realized the best way to see Europe and to do it cheaply was to move there. I think we’ve proved ourselves right in that respect. Flights are inexpensive. It’s easier to travel around.”

But where would the couple live?

“We did tons of research on where to live,” Sula says. “Our requirements were that the destination we chose was centrally located in Europe, had a good freelance visa program, spoke some English and fell within our budget.”

The Sulas looked at several “best places to live in the world” lists and noticed Germany popped up often, and fit their criteria. They discovered Heidelberg, a charming town in southwestern Germany. Heidelberg had a European vibe, but was still very connected with easy access to the airport and other destinations.

So in September 2016, never having set foot in Germany, the Sulas packed their bags, two dogs in tow, and moved to Heidelberg.

For the past two years, the duo has called Germany home, while working and traveling the globe.

“I haven’t looked back since,” Sula says.

Sula has always been transparent on her blog about how she makes money.

With an income of a little over $200,000 in 2017, Sula earns four times the amount she made at her highest paying corporate job.

Curious about how exactly how Sula makes money? Here’s her income breakdown.

Online courses and classes (65%): Sula’s online course, Instagram For Success, and membership site, Blog Boss Babe, make up the biggest slice of her income pie. More than 1,200 students have enrolled in Instagram for Success and Blog Boss Babe is currently home to 250 members.

Affiliate marketing (15%): Affiliate marketing, Sula’s favorite income stream, allows her blog and brand to earn money passively. “Affiliate marketing is a trustworthy way to monetize what I already would be talking about on my blog. I use everything I promote. Why not get paid for it?” Siteground, ConvertKit, Trello, Booking.com and Trusted Housesitters are among the brands Sula promotes. 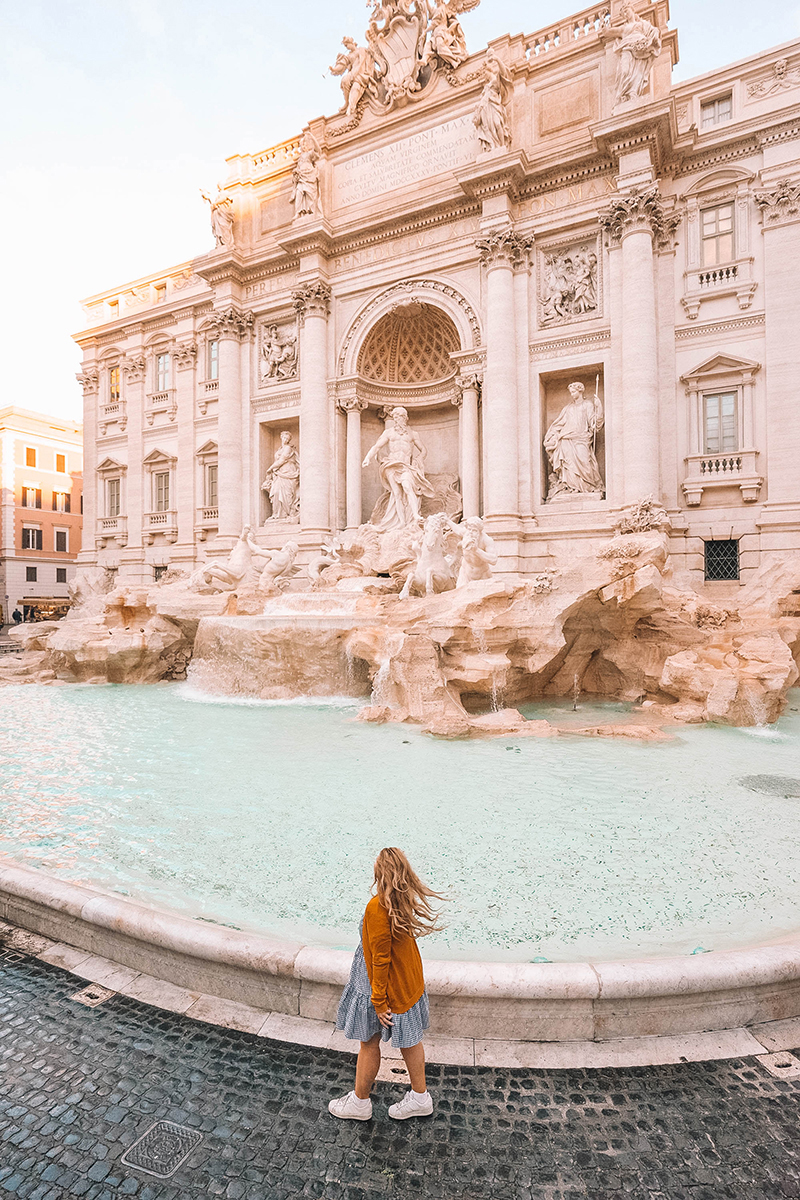 Display ads (12%): With 200,000 hits on her website each month, display ads help Sula to earn cash, though she says she knows they can be distracting to readers.

While many travel bloggers choose to accept sponsored travel to earn a living, Sula has taken a different approach.

“I’ve learned quickly that the way to make money for me is to give my audience value,” she explains. “That’s why I’m very selective when it comes to sponsored trips. I’ve found that by focusing on other income streams that make me a lot more money, I can focus on the travel I want to take.”

Thinking of Making a Big Leap Yourself? Follow Sula’s Advice

If you’ve wanted to make a big change in your life or perhaps travel more, take note from Sula’s book.

Making a plan was key to making moving abroad a success, Sula advises.

“When we started this idea of moving abroad, we weren’t sure of what we really wanted until we started figuring it out. If you don’t plan, you might not actually know what you want out of life,” she explains.

Sula admits to struggling with striking balance, especially because there’s so much she wants to accomplish. For Sula, balance looks like investing money into her business and skills, and outsourcing when possible.

“You can’t improve your skills unless you’re willing to learn. Every time I invest in myself, I make the money back tenfold,” she says of the various courses on photography, Facebook advertising and travel blogging she’s taken over the years.

Similarly, Sula has learned the importance of hiring people she trusts to help with her business — she recently hired her husband to join her venture.

“Hiring my husband 100% was the best decision. He plans most of our travel and contract work and takes photos of me, and I focus on the creative side,” she explains.

Being a travel blogger, you’d think Sula spends a lot of time on her phone or using her camera to get the best shot for her blog or Instagram.

“The world is too big a place to spend it looking down at my phone,” Sula says.

Sula believes no one is going to tell you when you’re ready, and while taking a leap may be scary and force you out of your comfort zone, you have to go for it.

“You have to take the leap of faith to just do it,” Sula says. “I’ve learned that it’s OK to fail, and it might actually teach you something. Don’t wait until every single duck is in a row.”

Jessica Lawlor is the president and CEO of Jessica Lawlor & Company (JL&Co), a specialty communications agency. She has a serious case of wanderlust after writing this article.

The Penny Hoarder Favorites
January 30, 2023 If You Have More Than $1,000 in Your Checking Account, Make These 6 Moves
by The Penny Hoarder
January 24, 2023 How to Make an Extra $1,300 This Year — Without a Job
by Quinten Plummer
11 Hours Ago The 6 Biggest Money Secrets Most Rich People Won’t Tell You
by The Penny Hoarder
February 1, 2023 This 6-Day Savings Challenge Is Going Viral By Making People Richer
by The Penny Hoarder
Trending
10 Hours Ago 3 Surprisingly Easy Ways to Make Money on Audible
by Michael Archambault
February 1, 2023 These Dog Walkers Are Making Bank. Here’s How You Can Do It, Too
by Mike Brassfield
February 1, 2023 Love Free Stuff? These 19 Companies Will Send You Products to Review
by Jenna Limbach
February 1, 2023 Dear Penny: How Do I Motivate My Boyfriend Who’s Refused to Work for 4 Years?
by Robin Hartill, CFP®
You May Also Like
January 31, 2023 On the Hunt for a Remote Job? Try These 44 Work-From-Home Companies
by Catherine Hiles
January 31, 2023 Here’s How Blood Donors Can Score Free Gift Cards and Other Perks
by Katherine Snow Smith
January 31, 2023 February Class Action Settlements Involve the Tampa Bay Buccaneers, American Airlines, Avis
by Top Class Actions
January 30, 2023 Chipotle Hiring Alert: 15,000 New Employees Needed Ahead of Burrito Season
by Robert Bruce
6,878,387 245,248 1,200,000 171,689 3,013,678 1,678,008 8,250,076