Updated December 31, 2020
LeoPatrizi/Getty Images
Some of the links in this post are from our sponsors. We provide you with accurate, reliable information. Learn more about how we make money and select our advertising partners.

When I was growing up, I could always count on my dad to stop by the local convenience store to grab a pack of Big Red gum and a lottery ticket or a scratch-off.

I’d always sneak sticks of gum, but I never truly understood the concept of lottery tickets. You pay for a piece of paper then watch TV or check the newspaper to see if you won money? (Spoiler alert: After about seven years, my dad gave up. He never won much — and lost a lot more.)

As an adult, I understand: There’s something thrilling about spending a couple of bucks on a ticket that could magically blossom into hundreds of millions of dollars. But, then again, you have to be rational. The chances of hitting the jackpot are something like 1 in 23 million. (Pssst, you might be better off investing that money…)

If you just can’t let go of the idea of possibly getting lucky, you don’t have to spend money to make it happen. There’s a free app for that. It’s called Lucktastic, and it supplies you with new digital scratch-off cards daily — for free.

Too good to be true? Free money? We decided to give the Lucktastic app a try.

But First: Is Lucktastic a Scam?

It seems as though folks are asking “Lucktastic scam” and “is Lucktastic real?” quite a bit, so before downloading the app, we wanted to make sure it’s legit.

Turns out, the app is owned by Jump Ramp Games, a mobile-first company specializing in free mobile gaming. Lucktastic was its flagship app, launched back in 2014.

Here’s a little more information about Jump Ramp from its LinkedIn page:

On the Better Business Bureau, Jump Ramp boasts an A rating.

One questionable alert popped up in May 2017. BBB wanted Jump Ramp to provide evidence to prove some of its claims, including the number of downloads and its number of followers. Jump Ramp responded and confirmed most of the numbers.

Go ahead and download the app. You’ll need to enter your ZIP code to confirm you’re a U.S. resident. You’ll also need to share your location with the app.

Now you can start playing. You’ll scratch off your first card by holding your finger to the screen and swiping back and forth. After your first card, Lucktastic will continue to walk you through the app and show you how everything works. 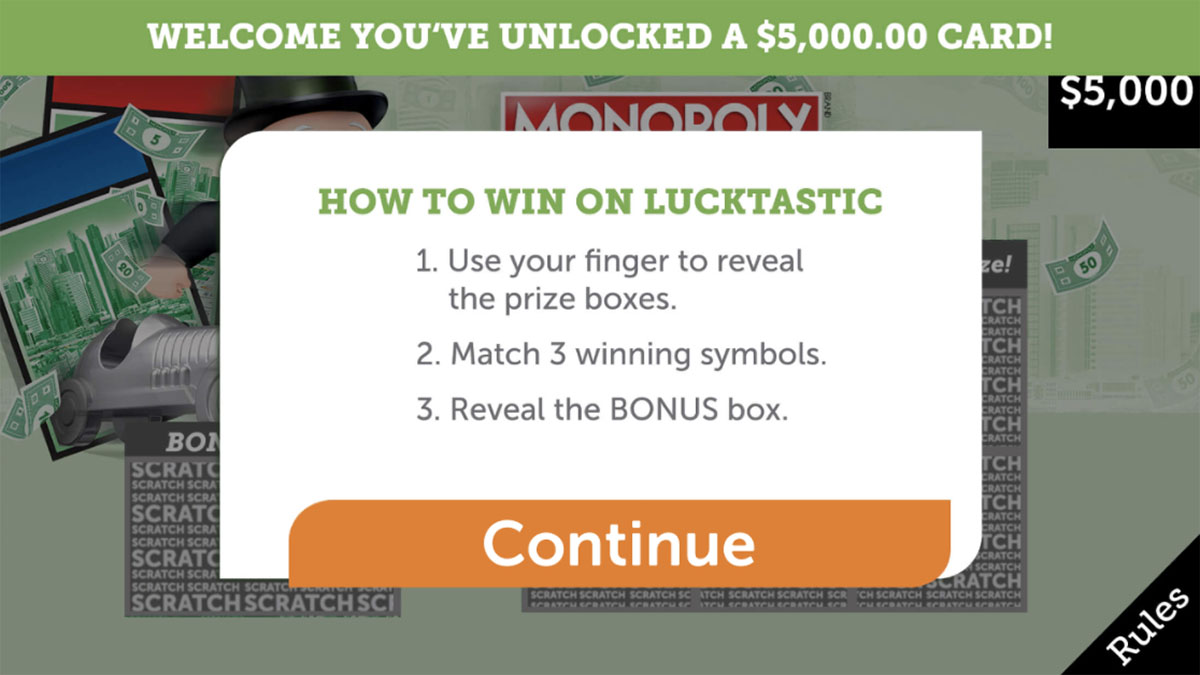 Once you get acquainted, you’ll be able select scratch-off games as you please. If you somehow make it through the stock of cards, they’ll reset at 5 a.m. EST each morning. 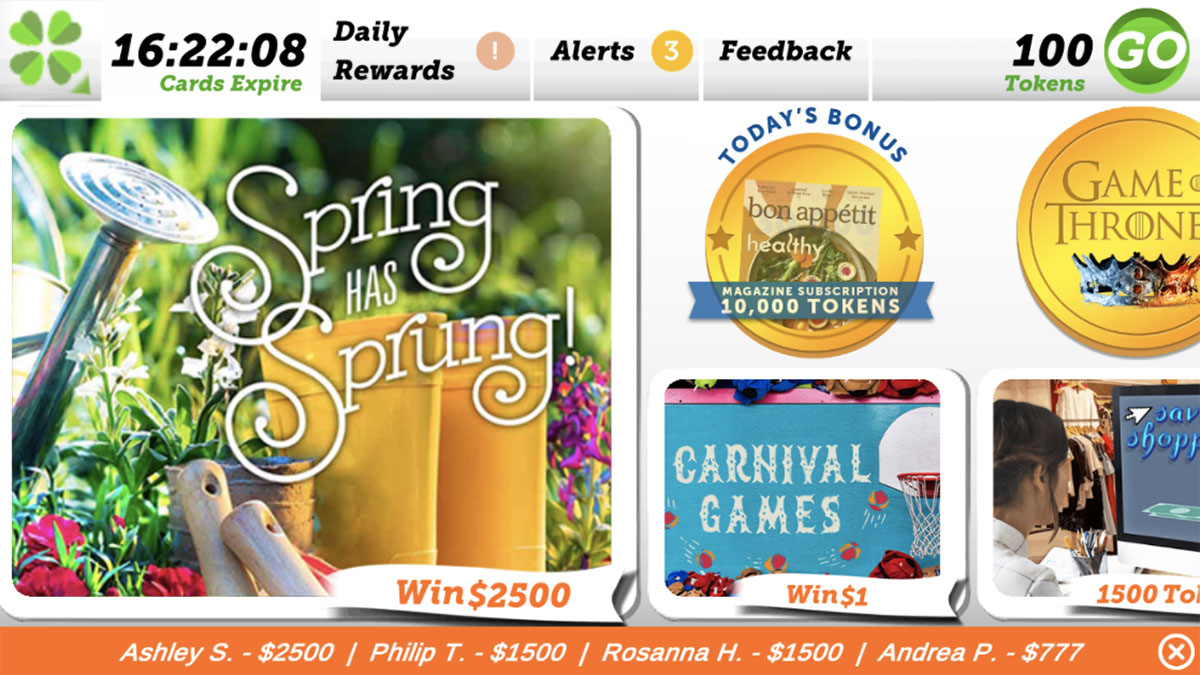 Before gaining access to the cards, you’ll view an ad. (This helps make the games free, so be patient!) Match three symbols and win. Also: Don’t forget to play the bonus. 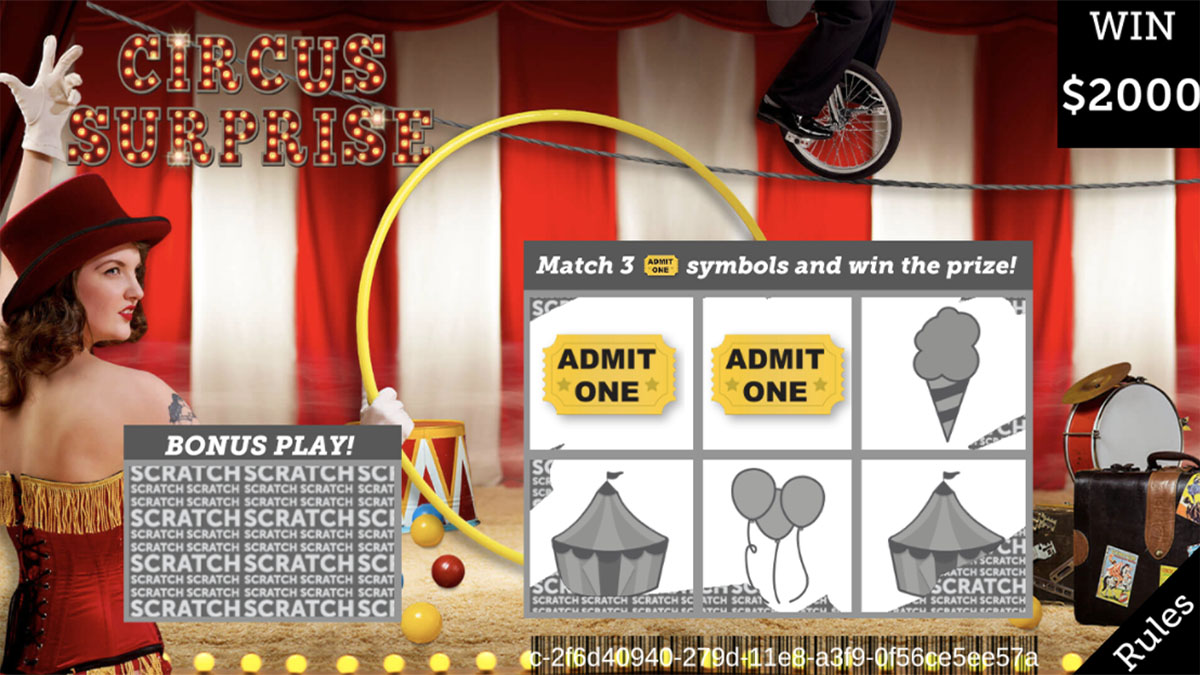 With these games, you can win either tokens or cash. 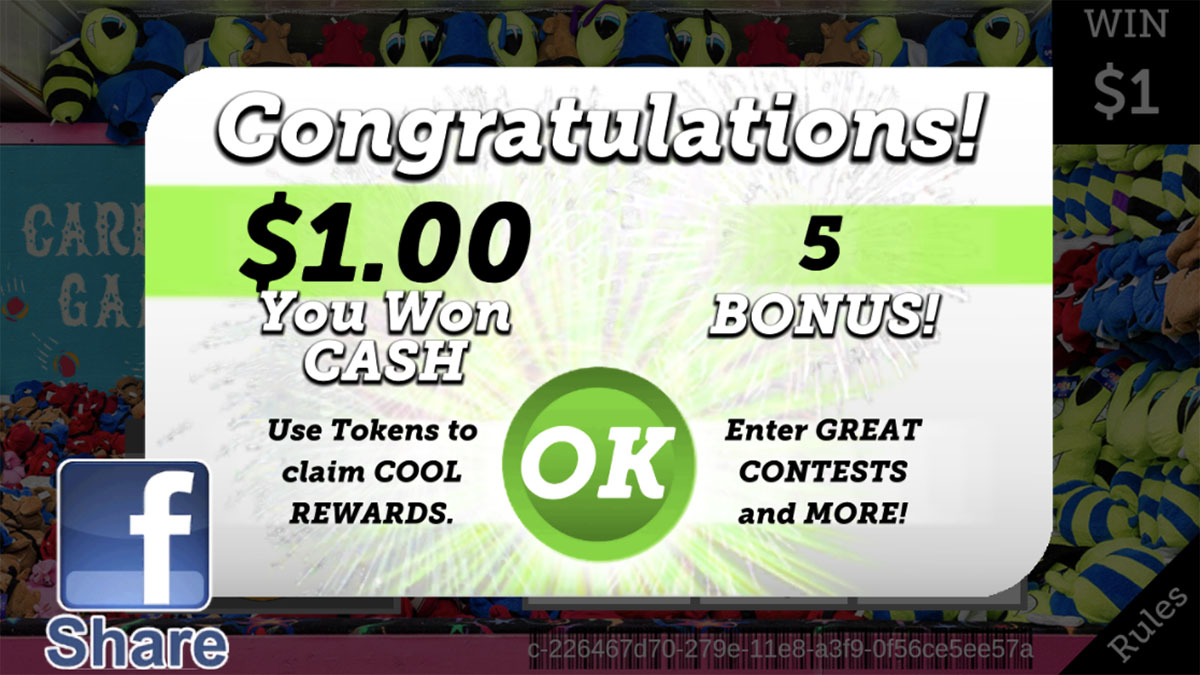 When it comes time to claim your winnings, tap the four-leaf clover at the top of your screen and select “Redeem Cash.”

How Much Money Can You Make? Are There Lucktastic Winners?

Lucktastic says you can win up to $2,500 instantly. It boasts 220,000 winners who have taken home a collective $3 million to date.

Lucktastic’s website features an array of winners. An assortment also show up in the news — like the Las Vegas man who won $1 million, according to Yahoo Finance.

But with anything that has to do with luck, remain realistic about the odds.

We’ve got to address the customer reviews on BBB. These are mostly negative. Folks complain about not making money. One player said they’d played for a month and hadn’t earned more than $1. Others reported not being able to cash out for gift cards. Jump Ramp representatives apologized for this, saying they were low on gift card stock around the holidays.

Additionally, several of us here at The Penny Hoarder have played Lucktastic and have walked away with $1 and some tokens.

There are always new ways to make money — get some ideas delivered straight to your inbox with The Penny Hoarder Daily!

What’s the Difference Between Cash and Tokens?

Cash is, well, cash. Once you earn at least $2, you can trade it in for a gift card.

Based on our experiences, you’re more likely to earn tokens. You can find your token count at the top right side of the screen. Use your tokens to enter contests. This is basically a raffle, where you’re entered to win a prize.

See more in Make Money or ask a money question

Will We Keep Playing Lucktastic?

Why not play Lucktastic if you have some extra time on your hands? Or maybe you’re in one of those situations where you’re waiting for someone else, so you stare at your phone and try not to look as awkward as you feel…

Plus, Lucktastic is free, and it’s all about luck, so the more you play, the more chances you have of hitting the jackpot.

Just be sure to have your charger on hand. Your phone’s battery might run out faster than it normally does.

Start by downloading the app and playing your first free scratch-off card.

The Penny Hoarder Shop is always stocked with great deals, including technology, subscriptions, courses, kitchenware and more. Check it out today!

Carson Kohler ([email protected]) is a staff writer at The Penny Hoarder. She needs a new phone battery…