R. Riveter Helps Military Spouses Work From Home, Wherever It Is
see more from Make Money

“Being an Army brat and now an Army wife, everywhere is home!” says Jocelyn Velazquez.

Daughter of a 20-year Army vet, wife to a 13-year Army NCO and former Ranger instructor, and mother of four — with a fifth on the way — Velazquez is no stranger to the rootless existence of a military family.

Though she considers Indiana home, she’s lived with her family in Fountain, Colorado, for the past two years. Before that, they were in Dahlonega, Georgia, and prior to that, she and her husband met in Colorado.

Few of us will be surprised to read this experience; we’ve heard it many times from military families. But what we civilians may not consider is one major side effect of the lifestyle: military spouse unemployment.

Imagine trying to hold a decent job — let alone build a career — when you move to a new city almost on average every 3 years.

And you’re raising your kids alone while your spouse is deployed.

And your resume shows inevitable job-hopping, and you have to admit to a potential employer you might not stick around.

Unemployment among military spouses is historically two or three times higher than the national average. And when they’re employed, the barriers to career advancement mean military spouses earn much less than other civilians.

Velazquez has been a contractor with high-end handbag maker R. Riveter since January 2014.

In September 2014, they ran a Kickstarter campaign and raised more than $42,000 — beating their $35,000 goal — for better equipment and a larger space to meet the growing demand for their products.

The company’s mission and concept are as elegantly simple as its handbags: Riveters around the country handmake pieces of the bags from recycled military materials and leather, then ship them to a central location for assembly and sale. 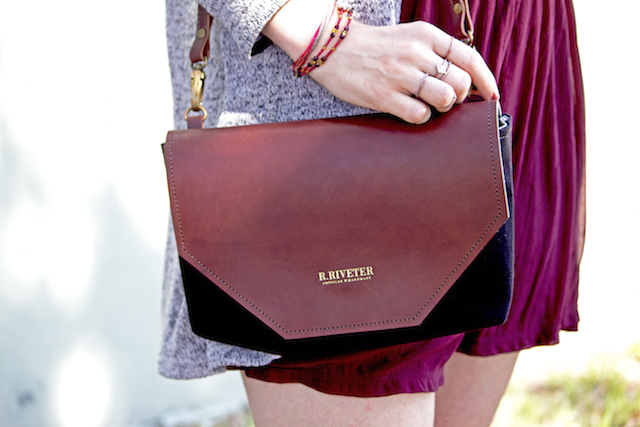 Remote Riveter employees can sign up for hands-on leather work and basic or industrial sewing, depending on their skills and interest.

Velazquez cuts leather, which she says consists of “a lot of stamping.” She also recently started cutting canvas, which makes up the bulk of some bags.

It’s been a learning experience, she says. “The number of skills I acquire with this position are unmeasurable.”

Riveter’s contractors are paid per part and varies depending on the specific part, so Velazquez can earn as much or little as she wants based on how much work she puts in.

She also has the flexibility to take the job wherever her husband’s position takes their family.

“I am able to take my work with me anywhere we move,” she says. “I also do not have the worries of losing a job because we are being stationed somewhere else.”

Plus she gets the benefit of raising her kids without sacrificing income.

“Being able to work from home also allows me to be a stay-at-home mom and experience my children grow into the little monsters they are!”

The company helps Velazquez and fellow Riveters set up a portable work-at-home business with almost no barrier to entry.

How to Become a Riveter

Depending on your existing setup, you may want to purchase some tools to get started. But if you already have a sewing machine, you may be all set!

Velazquez has purchased new tools to make her job easier, but she says it wasn’t required.

Once you’re up and running, the company offers consistent work. You’ll receive materials and sell back pieces as fast as you can produce them — a huge benefit over other common contract work.

The other major benefit is being part of a network of military spouses, says Velazquez.

“We take pride in what we are working for and the message we are trying to spread,” she explains. “We empower each other, we are… a large, widely spread, empowering family.”

The company promotes this sense of community and pride at every step.

Regardless of where they are in the country, Riveters feel a connection to those doing the same work. If there’s any drawback, Velazquez says, it’s “not seeing the wonderful ladies I work with everyday.”

Every piece of every R. Riveter bag comes with the stamp of the contractor who created it, and customers can meet the Riveters on the company’s website. It even includes their locations, so you can see where in the country each piece of a bag comes from! 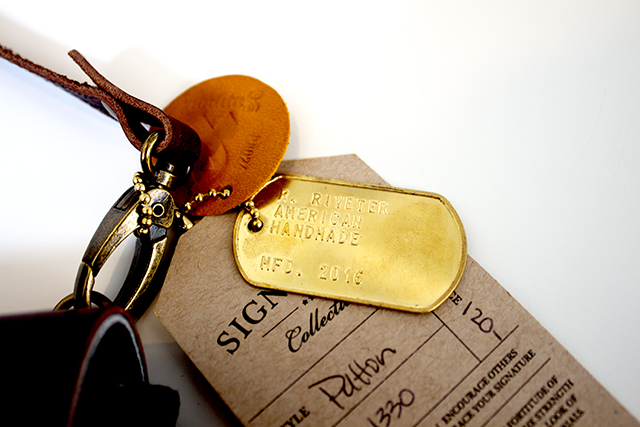 “R. Riveter products represent the humble and courageous spirit of the military spouses we currently empower, and hope to employ with The Sharks,” Cruse told ABC when the company appeared on a military-themed episode of “Shark Tank” in 2016.

From their appearance on the show, Cruse and Bradley struck a deal with investor Mark Cuban for $100,000.

In less than six months after bringing Cuban on board, the company more than doubled the size of its operation. From 13 Riveters in January 2016, the company grew to 31 by June and made Inc. 5000”s list of the fastest-growing companies in 2017.

They updated their flagship store in Southern Pines, North Carolina, and expanded production to keep up with “the Shark Tank Effect” — the wave of business that rolls in after a company appears on the popular show.

How to Become a Riveter

The company is growing, and its mission is to provide as many military spouses as possible with mobile income.

If you want to become a Riveter, fill out the application here. Just be patient while you wait for a response.

If you’re in the area, they’re also hiring for on-site positions at their Southern Pines FabShop. 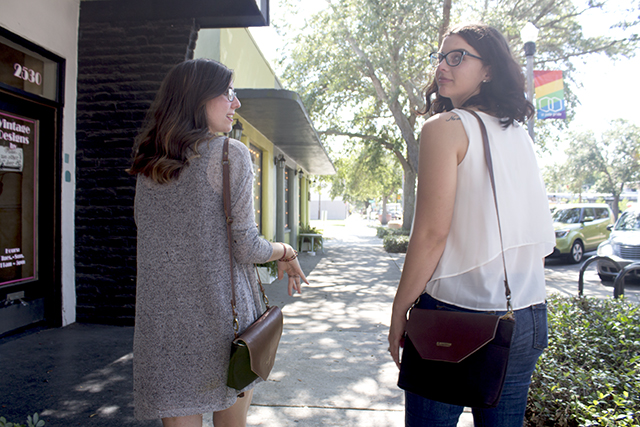 Dana Sitar (@danasitar) is a staff writer at The Penny Hoarder. She’s written for Huffington Post, Entrepreneur.com, Writer’s Digest and more, attempting humor wherever it’s allowed (and sometimes where it’s not).

The Penny Hoarder Favorites
January 30, 2023 If You Have More Than $1,000 in Your Checking Account, Make These 6 Moves
by The Penny Hoarder
January 24, 2023 How to Make an Extra $1,300 This Year — Without a Job
by Quinten Plummer
5 Hours Ago The 6 Biggest Money Secrets Most Rich People Won’t Tell You
by The Penny Hoarder
12 Hours Ago This 6-Day Savings Challenge Is Going Viral By Making People Richer
by The Penny Hoarder
Trending
9 Hours Ago These Dog Walkers Are Making Bank. Here’s How You Can Do It, Too
by Mike Brassfield
6 Hours Ago Love Free Stuff? These 19 Companies Will Send You Products to Review
by Jenna Limbach
12 Hours Ago Dear Penny: How Do I Motivate My Boyfriend Who’s Refused to Work for 4 Years?
by Robin Hartill, CFP®
January 31, 2023 On the Hunt for a Remote Job? Try These 44 Work-From-Home Companies
by Catherine Hiles
You May Also Like
January 31, 2023 Here’s How Blood Donors Can Score Free Gift Cards and Other Perks
by Katherine Snow Smith
January 31, 2023 February Class Action Settlements Involve the Tampa Bay Buccaneers, American Airlines, Avis
by Top Class Actions
January 30, 2023 Chipotle Hiring Alert: 15,000 New Employees Needed Ahead of Burrito Season
by Robert Bruce
January 30, 2023 Get Paid to Write — Top 17 Sites Plus Proven Freelance Strategies
by Matt Matasci
6,878,387 245,248 1,200,000 171,689 3,013,678 1,678,008 8,250,076