10 Ridiculous Experiences Everyone With a Beater Car Has Had

Updated April 17, 2017
Some of the links in this post are from our sponsors. We provide you with accurate, reliable information. Learn more about how we make money and select our advertising partners.

Some might call my 1996 Toyota Camry a beater car.

I’ve had her (yes, her) since graduating high school. And at this point, I don’t even see the dents or scratches or missing hubcaps; I see only the trusty vehicle that’s been by my side for 11 years.

Even before I got “the Cam,” I was the proud owner of two other rust buckets — so you could say I’m somewhat of a beater car afficionado.

And I’ve realized, while every beater has its own unique “quirks” (that’s a nice way to say it, right?), there are certain things everyone who’s driven a beater car can relate to…

1. Manually Pulling Up the Windows… Or Ignoring Them Altogether

What is it with windows? Why the heck are they so sensitive?

In pretty much every beater car I’ve had the honor of riding in, one of the windows has been broken.

Maybe you have to press the button while simultaneously pulling it up with your hand, or manually pull it down but only halfway or it’ll never come back up again!

Or, in the case of my friend Kate’s car, you ignore the driver’s side window altogether. It just stays down all the time. (Lucky for her, she lives in San Diego!)

2. Paying Way More for Insurance Than Your Car is Worth 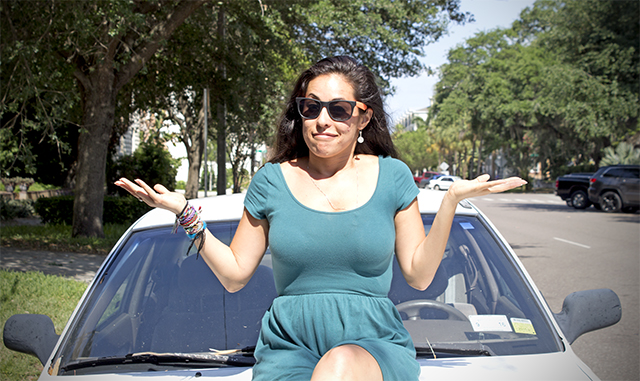 When I pay my insurance bill every month, I feel like I’m throwing money away: $85 to insure a (beloved) piece of crap?!

In a single year, I probably pay more in insurance than my car is worth.

Feel the same way? You might want to shop around for new car insurance — switching providers could save you a ton of money!

3. Turning Up the Radio to Drown Out Weird Noises 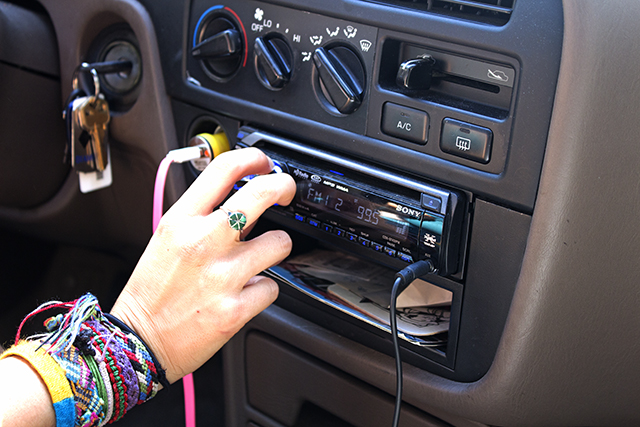 What’s that clicking? Why does it sound like there are cats fighting under the hood?

Who cares — just turn the radio up.

And yes, I mean radio. I know other cars have the ability to magically connect to phones, but for those of us with beater cars, those drivers live in a whole other world.

If you’re lucky, you might even be able to grab a disc from one of those sweet over-visor CD holders.

4. Constantly Having Some Sort of “Check Engine” Light Flashing 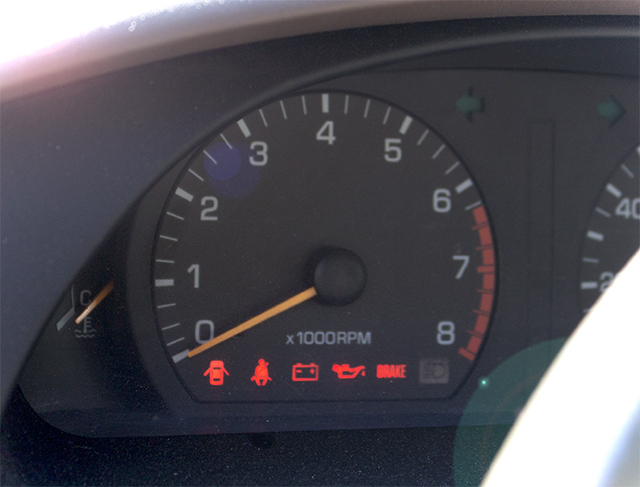 Does your car’s dashboard look like a Christmas tree?

Mine certainly does. It seems as soon as I get one thing fixed, another light pops on.

I usually drive with it for a while, and if nothing bad happens, I simply add it to the stable of permanent lights.

Speaking of the dash, we can’t forget gauges. How fast are you going? How many miles are on your odometer?

In a beater, it’s usually somewhat of a mystery — which, in my opinion, is all part of the charm.

5. Driving With Dangerously Low Visibility Because Your Defroster Sucks 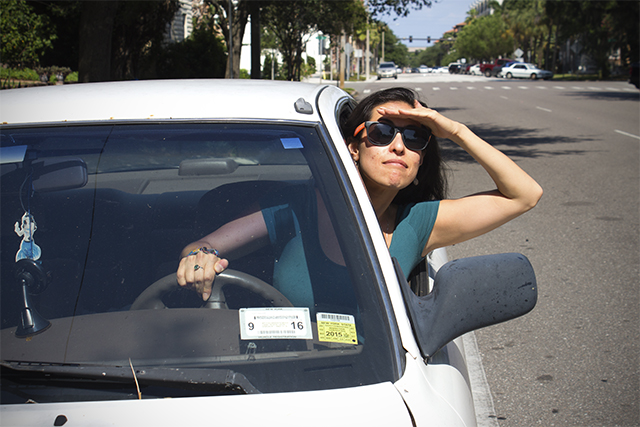 It’s early in the morning, you’re late for work and your car’s windshield is totally frosted over.

A new car’s defroster could take care of the problem in under a minute, but your beater is another story…

So you wipe away a tiny opening in the window, and even though it’s not remotely safe, you convince yourself it’s good enough — and drive to work with a little porthole as your worldview.

To my homies in cold places, don’t act like you don’t know what I’m talking about.

6. Rocking Several Different Colors of Paint… and Lots of Stickers 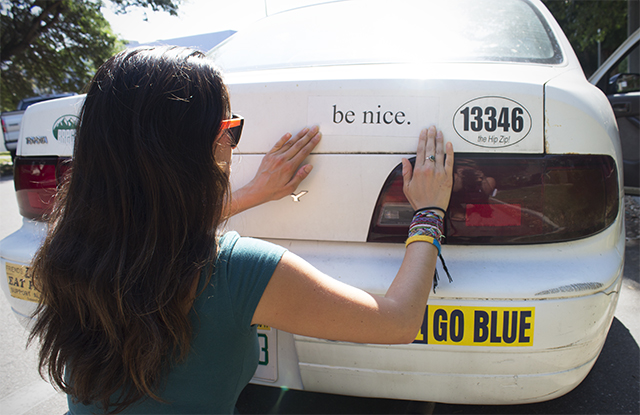 Thanks to mismatched parts and paint jobs, your beater might resemble a multi-colored, rust-laden rainbow, whose festiveness is only augmented by an abundance of bumper stickers.

Whereas others might say they don’t want bumper stickers “in case I sell it someday,” you know that’s not a remote possibility.

Besides, if you ever did try to sell your car for a few benjis, the bumper stickers would probably cover up some of the dents.

So you figure, what the hell? I’ll slap a coexist sticker on there if I want to.

7. Never Surprising Anyone Since They Can Hear You From a Mile Away 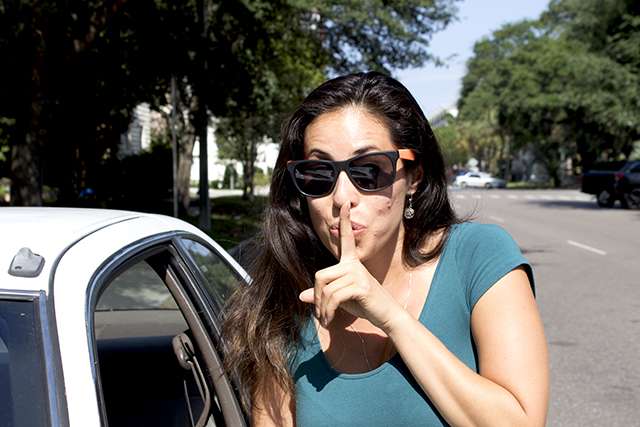 Ever wish you could surprise someone? Or maybe just sneak out of your house one night?

Ain’t gonna happen with a beater — even your deaf grandma can hear you coming a mile away.

You might argue with your boyfriend — as I once did — that there’s no difference between the purr of your Cam-baby and the noise he wants his stupid Thunderbird to make… but he’ll probably just shake his head.

8. Only Being Able to Use Certain Doors 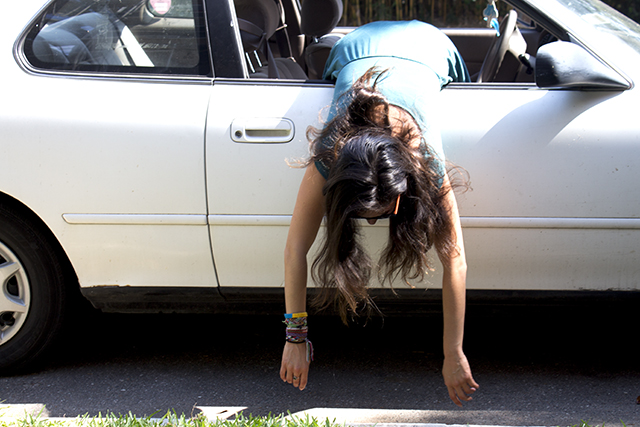 The most elite beater cars only have three (or fewer) working doors.

Maybe you have to crawl out the passenger side to get out, or roll down your window to open your door with the outside handle — which is the case with the Cam.

Hey, at least you’re getting some exercise!

9. Writing a Giant List of Instructions When Some Brave Soul Borrows It 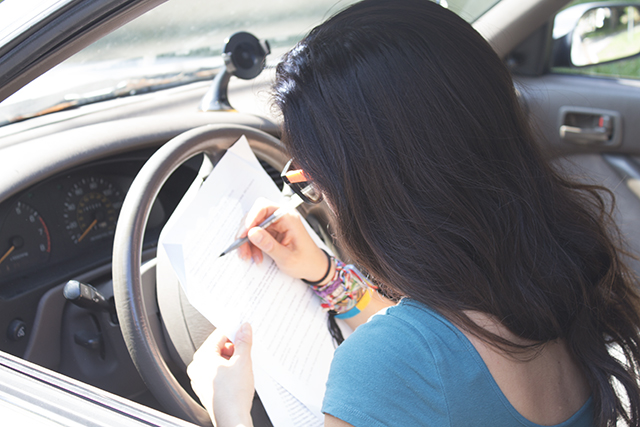 Let’s get one thing straight: People aren’t chomping at the bit to borrow my car.

Usually, it’s only people who have no car at all, or whose cars are in the shop.

When some brave soul does want to take it for a spin, I’ll gladly let them — after all, what’s the worst they can do?

But borrowing a beater always comes with a long list of instructions. It’s not just “turn it on and go” — what, you think just anyone can start this car?

… You need to wiggle the key back and forth while stepping on the gas.

… And when you put it into third gear, be sure to shift over and up — not just up.

… Oh, and don’t worry about the whining noise — but if it starts going “clinkity-clink,” pull over IMMEDIATELY. 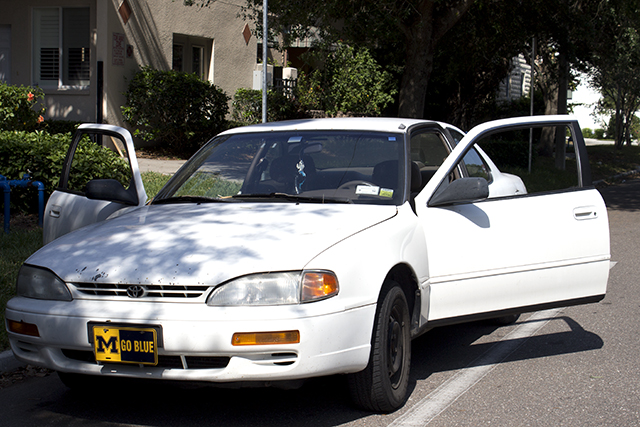 Even if they tried to, they probably wouldn’t have the finesse (or aforementioned know-how) required to drive it.

Not to mention, without a fancy key fob thing and automatic locks, it just takes far more effort than it’s worth.

If somebody did steal the Cam, though, I’d be pretty sad about it.

But it might give me a reason to “trade up” to a car with working windows and doors — though where’s the fun and adventure in that?

Your Turn: Have you driven a beater car? What would you add to this list?

Sponsorship Disclosure: A huge thanks to Compare.com for working with us to bring you this content. It’s rare that we have the opportunity to share something so awesome and get paid for it!