Should I Sell My Car? With a Loan, It’s Not That Simple
see more from Save Money

This Money Mistake Costs Me $650 a Month… But How Much Will It Cost to Fix?

Last summer, I made a mistake.

I bought a car. From a dealership. With a big, fat loan separating me from the title.

After driving my beater from Ohio to Florida at 60 miles an hour and stalling four times along the way, I was ready for something reliable… but I’d heard you lose 20% of the value of a new car the second you drive it off the lot.

So I found a red 2014 Jeep Cherokee that was used, but only just. It only had 1,024 miles on it, but it certainly had been pre-owned: “Hubby 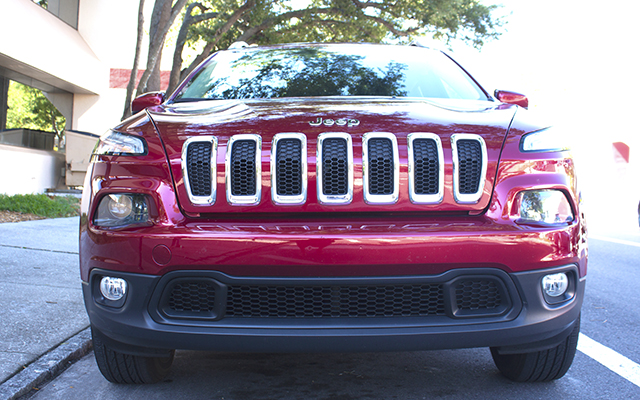 No, it’s not the cheap car you’d expect a Penny Hoarder to purchase.

I mean, I can change the radio with subtle buttons on the back of my steering wheel.

And now, it’s time to figure out whether or not to say goodbye to “Desiree” — and just how much it might cost.

What Does It Cost to Own My Car?

First, let’s get a handle on exactly what I spend each month to keep my baby on standby.

But not all of that is going towards the principal amount. In fact, according to my statements, an average of $60-$80 of that amount is just interest. Two steps forward, one step back. Ugh.

To mitigate my frustration, I try to put an extra payment toward the principal whenever possible, rounding up to an even $400.

Since I don’t drive much unless I’m going across the state, I only fill my tank twice a month on average. At $25 per tank, that comes to about $50.

Florida’s required registration program has a $225 setup fee, followed by an annual renewal which costs $28.85 — a monthly cost of $2.40.

I’m lucky to have free parking, so this item comes to a monthly total of $0.

According to this horrifying chart from Edmunds on the “TCO” — True Cost to Own — Desiree’s already cost me almost $2,000 in depreciation alone. And that’s before my dog puked in the backseat after we wound through Big Sur’s curves a bit too quickly. One good thing about buying an almost-new car is that I haven’t had any serious issues requiring repair — knock on wood.

But when repair expenses rear their ugly heads, they’re usually pretty serious: I’ve seldom brought a car back from a repairman without shelling out $800+.

I also get my oil changed and tires rotated every four months, which costs about $70 each time. If I allow for one major repair per year and four oil changes, that’s $1,080 annually, which comes out to a monthly budget item of $90.

Depreciation and one-time costs: $2,183… and counting.

What Would It Cost to Give Up My Car?

OK, Desiree is definitely a drain.

But before I consider selling my car, I have to figure out how I’d get around in lieu of (almost-)owning my own vehicle, and the associated expenses.

I’m lucky to live in a pretty walkable area, but I’m in Florida. If I were to give up my car entirely, I’d definitely need to invest in some serious rain gear and a pair of boots. Let’s call that $100, which is lowballing.

Although I can walk to work, the grocery store is a little bit further away, and I also take fitness classes a few miles from my home.

For those reasons, I might want to consider investing in a bicycle — a skateboard or any other non-car wheeled thing is out, because I’m way too klutzy.

I see a couple of OK-looking used bikes on Craigslist for about $130, but they might need to see a repair shop, so let’s call that $200. I could buy a brand-new bike for something closer to the $300-$400 range.

I could go really crazy and get an electric bike for a couple thousand dollars… but since I don’t mind pedaling, that expense doesn’t appeal to me.

Even with a bike, my trips to the grocery store would be different in ways that might cost me in the long term.

I’d have to give up buying toilet paper and paper towels in bulk. I also routinely purchase the giantest bags of dog food available for my giant dog, which is less than convenient on two wheels. Although I guess I could just order everything from Amazon, or score a ride with a friend and pitch in a few bucks for gas.

As an additional complication, I travel a lot. Tampa International is about 25 minutes away with no traffic. At the wrong time, it could be closer to an hour. An Uber to the airport could be anywhere from $20-$40. If I fly about once a month, that’s a new budget line item of about $100, to be safe.

I also frequently drive to my family’s home in St. Augustine, Florida, which is between three-and-a-half and five hours away depending on traffic. In my car, a round trip costs about a full tank of gas: $25.

If I didn’t have a car, I’d have to come up with an alternative way to get home.

Bus fare hovers between $30 and $40 each way, more than doubling my total travel cost.

I could take a train, but that’s also between $35 and $60 each way for coach fare — it goes all the way up to $190! Plus, I’d have to take a bus to Orlando first and transfer to a train, and the schedule is pretty limited.

It seems silly for 300 miles, but I checked airfare: $210 round trip, and someone would have to drive an hour each way to pick me up in Jacksonville. Also, big red letters inform me that the plane in question is propeller-powered. #nope

Plus, my retired greyhound, Odin, usually comes with me. He’s too big for Amtrak or an airplane and he’s not allowed on the bus. (Ironic, right?)

So on my monthly-or-better trips to St. Augustine, I’d have to leave him behind, which is a bummer — and also an additional expense. In my area, I can find pet sitters for $20 per night.

The math is complicated, but here are some rough estimates of the costs of selling my car.

Between rain gear and a bike, I’d have one-time expenses of about $400.

And if I travel two weekends each month — which is fairly common — I’m looking at about $300 a month. That’s less than half what it costs to have Desiree at my disposal.

What Will It Cost to Sell My Car?

If I decide to sell my car, it’s not necessarily going to be easy… or even without costs of its own.

According to Kelley Blue Book, my car should get $17,731 if I sell to a private buyer who agrees with me that it’s in very good condition.

If we knock off the “very” modifier, that price drops to $17,396. And that might just happen, since I wisely covered the entire rear end of my almost-brand-new-car with bumper stickers. 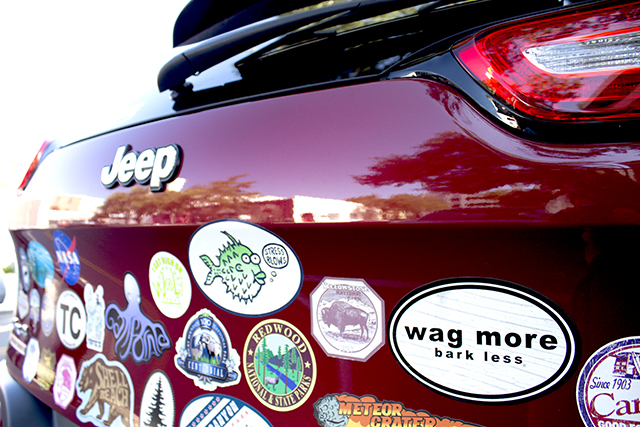 All these values are influenced by my location and, KBB tells me, are only good through June 30 — time’s a-ticking, and cars generally don’t go up in value unless they’re way sexier than mine is.

Plus, I don’t have the title in my hands because I still owe money on my vehicle.

I’d need to negotiate at least that much from a private buyer just to break even, and I’d be taking a loss on the car’s actual value.

Plus, my prospective private buyer, who knows nothing about me and little about the vehicle,  wouldn’t get to see the actual title until I paid the bank and got it — which might make them less likely to go through with the deal.

Apparently I could also use a third-party service to transfer the money directly from the buyer to the lender, thus closing out the lien directly and streamlining everything. But, of course, the company would take a fee, so I’d lose even more cash.

Plus, are people who want to spend $17K on a car looking to buy privately?

Why You Should Buy Your Car Outright

Considering how much more difficult my life would be without a vehicle — and how difficult it might be to sell her — I’ll probably end up paying off my loan and keeping Desiree.

To stop hemorrhaging money on interest, I’ll figure out ways to pay off my debt as aggressively as possible.

I might take up a side hustle and put all those funds directly toward the car.

I’m already getting Netflix for free, but I can find other places in my budget to cut, especially travel. I already collect miles, but if I want to keep moving, I’ll have to seriously up my game on finding ways to travel for free.

But I’ve learned a very powerful lesson: If you can avoid it, don’t take out a loan on your vehicle.

If I’d bought a used car outright for a few thousand dollars, I would have saved myself thousands of dollars in interest and depreciation.

Be careful, though: You can easily lose out on all those savings if you buy a lemon that needs a huge repair every other week.

The best bet, of course, would be to live without a car. You could find a city with good public transit (although these do tend to be expensive), or check out these companies that pay you to live close to work.

Or you could find a way to work from home — or convince your current boss to let you go remote.

You’ll have a lot less travel to worry about, and less need for a car in the first place.

Your Turn: Have you ever sold a car that still had a loan on it? Would you live without a car entirely? Let us know in the comments — Jamie needs all the help she can get.

Jamie Cattanach (@jamiecattanach) is a staff writer at The Penny Hoarder. Her creative writing has been featured in DMQ Review, Sweet: A Literary Confection and elsewhere.