Money Problems in the Relationship? Here’s How to Talk
see more from Budgeting

Money Fights: Here’s How to Stop Arguing About the Budget

If you want to know why couples fight about money, who better to ask than a divorce mediator who regularly hears the down and dirty of why relationships fall apart? I recently spoke with Dr. Judie Stein, director of the Stein Family and Mediation Center and licensed clinical social worker, who has been working with individuals and couples for 15 years.

But before we jump into the nitty-gritty of Dr. Stein’s money advice, let’s look at some recent facts: Fidelity’s annual Couples and Money study, conducted every year since 2007, found some positive results in 2018. Seven out of 10 couples surveyed felt they communicated at least “very well” about money.

Interestingly, 78% of those polled said they would be more comfortable talking about their full financial history over their full dating history. Hmmm. People must do embarrassing things once they’ve met on Tinder.

Not so surprisingly, the study showed bringing debt into a relationship causes discord with couples – whether they’re millennials, Gen Xers or Baby Boomers. The hardest hit? Seventy-four percent of millennials bring debt into their relationships, and almost half of them say it causes strife.

I think we’d all agree that debt — while often manageable — can feel like a burden.

So how should couples deal? Here’s one expert’s view.

Doria Lavagnino: For how many of your patients/clients would you say money plays a central role in their relationships?

Judie Stein: When a couple has gotten to the point of filing for divorce, money plays a role 99% of the time. In couple’s therapy, I’d say it’s about half.

Lavagnino: What are the top themes in money disputes amongst couples?

Stein: A biggie is agreeing on how money decisions are made: Is there a 50-50 split on deciding where money is spent, saved and invested? If not, why?

Often there is one person who either outearns the other or who voluntarily reduces his or her income temporarily to care for children or pursue a lifelong passion. Does the more monied partner have the right to dictate how all the household money is handled? 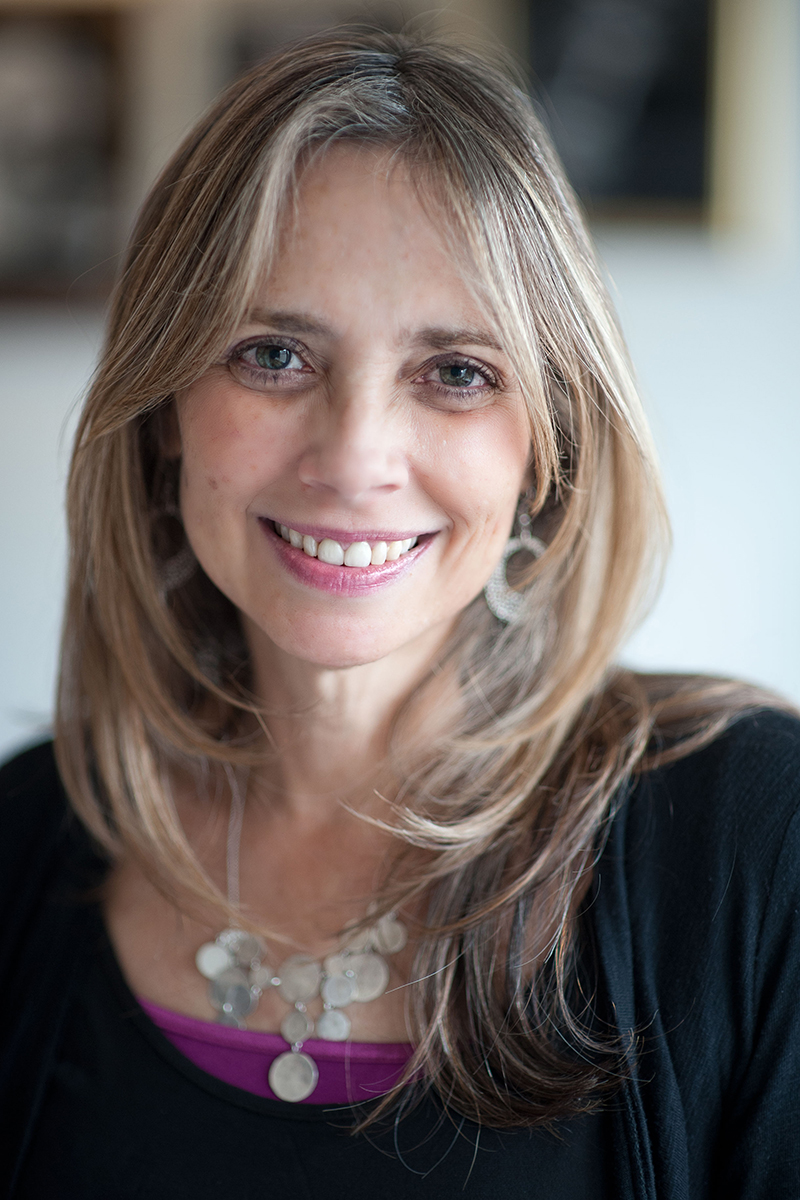 Lavagnino: There are families where it is one person’s responsibility to pay the bills and handle all the accounts. Do you have anything cautionary to say about this practice?

Stein: Yes. I think both parties should be equally involved in money decisions. If they aren’t, this can lead to a power differential in the relationship, which can have a very negative impact. An egalitarian relationship is best, in my view.

Lavagnino: I would think it’s also important for both people to know the full financial picture.

Stein: Over time, if communication channels aren’t kept open, transparency about money can be an issue.

Lavagnino: Anecdotally, do you see a difference between women and men when it comes to money fights?

When the woman is the higher earner, there is often resentment from her, because she’s often still putting in a second shift at home as a parent and homemaker.

In same-sex relationships, the higher earner’s financial contribution still tends to be more highly valued than the homemaker’s contribution, but there may be more disagreement or resentment about who stays home because the roles aren’t always as clear.

Regardless of gender or sexual orientation, the higher-earning person often believes that the income belongs to him or her. This can create friction in mediation when it comes to dividing assets such as retirement accounts, which are considered marital assets if accrued during the marriage – regardless of who contributed to them.

Lavagnino: Do you have any recommendations on whether couples — both married and unmarried — should commingle assets?

Stein: It’s really up to them. As I mentioned, there is often a power differential between the higher and lower earner that needs to be explored and addressed. I lean toward comingling income and paying bills jointly, but keeping separate assets (e.g., inheritance, significant savings from before the relationship).

Lavagnino: What do you do if you find your partner lies to you about money?

Stein: Both parties need to recognize that this is a trauma that needs to be felt and fully repaired. As hard as it might be, explore the reasons behind why the lying happened in the first place. Also, try to understand what lying means to you and your partner, including any family history around lying.

The next step is to recognize what comes up emotionally for both people as a result of the situation. Lastly, facilitate empathy and deep understanding without judgment, followed by a meaningful, full apology and acceptance. Then, come up with safeguards and commitments about full transparency moving forward so that both partners can feel safe.

Lavagnino: So, you think a relationship can be repaired after financial ifidelity?

Stein: Yes, if both people are honest and committed.

Lavagnino: What are some steps that couples can take to mitigate money fights?

Stein: Discuss the role of money in each person’s childhood, attitudes, beliefs and values about money. It’s important to do this to have insight into the emotional factors driving money behaviors and dynamics today.

Also, learning respectful ways to communicate, whether about money or any other topic. I recommend the book “Nonviolent Communication: A Language of Life” [it also comes with a companion workbook].

Couples should try to reach an agreement about spending, saving or any other hot-button issues related to money. And no matter what you think about your partner’s actions, don’t be insulting. It just makes things worse.

Be honest and use “I” statements instead of sounding accusatory. For example, rather than say, “You always avoid talking about money,” you might want to start with: “I feel like you shut me out when I want to discuss money.”

These are subtle cues, but the first phrase may put your partner on the defensive. The second is honest and only about how you feel. It’s possible your partner doesn’t even know [your feelings]!

Lavagnino: Let’s say that despite good intentions, you find yourself in a money fight. What do you do?

Stein: One person can say, “We’re in that cycle again. I trust that we can get through this in a kind and loving way, as we’ve done before. Let’s take a break now and come back to this when we can be more effective. I love you.”

Try to take a physical break to cool down without breaking off communication. (Easier said than done!) Revisit the topic with a compassionate tone. If despite trying, couples continue to hit a roadblock in their money communication, counseling or mediation may help.

Lavagnino: Why do you believe money is such a loaded topic?

Stein: Because money is personal, emotional, familial, cultural and powerful.

There you have it. Money is tricky. That said, there are real-life examples that provide hope. For instance, Lance Cothern, a CPA and blogger at the Money Manifesto, planned with his then-fiancée to pay off her more than $80,000 in student loan debt.

“We were both open about discussing money and how we used it,” says Cothern. “We had the same goals and values, which helped tremendously,” he said. Cothern knew that his wife’s debt wasn’t caused by bad money habits or by poor decisions, but so that she could get an education and work in an in-demand profession as a registered nurse.

He also said that while he saved money toward paying down her debt while engaged, he did not actually start to pay it down until they were married.

Do they fight about money? “We have slight disagreements on how we each spend our ‘fun money,’ but that’s it,” he added.

I think we’d all agree that it’s better to bicker over an impromptu massage once a year than to be unable to discuss money at all.

Doria Lavagnino is the co-founder of Centsai, a financial wellness platform for millennials and GenX.  She is an entrepreneur and a mother of two girls. Her younger daughter just started a cat-sitting business and loves reading about smart money-making gigs on The Penny Hoarder.

The Penny Hoarder Favorites
September 19, 2022 If You Have More Than $1,000 in Your Checking Account, Make These 6 Moves
by The Penny Hoarder
September 28, 2022 10 Quick Steps That’ll Have You Managing Your Money Like A Millionaire
by The Penny Hoarder
September 21, 2022 The 8 Biggest Money Secrets Most Rich People Won’t Tell You
by The Penny Hoarder
August 17, 2022 If Your Credit Score Is Under 700, Make These 6 Moves ASAP
by The Penny Hoarder
Trending
9 Hours Ago Time Is Running Out to Use the Money in Your Flexible Spending Account
by Mike Brassfield
September 25, 2022 Dear Penny: Is My Boyfriend Being a Jerk by Demanding I Pay His Mortgage?
by Robin Hartill, CFP®
September 26, 2022 8 Hispanic Influencers Who Are Helping Their Communities Build Wealth
by Kaz Weida
September 19, 2022 How to Stop Impulse Buying: 12 Ways to Quit Mindless Shopping
by Veronica Matthews
You May Also Like
September 16, 2022 How To Budget: Create A Household Budget in 4 Simple Steps
by Nicole Dow
September 12, 2022 6 Free Budget Spreadsheets and a Few Tips to Create Your Own
by Michael Archambault
September 11, 2022 Dear Penny: My Boyfriend’s Parents Spend Recklessly, But He Still Sends Money
by Robin Hartill, CFP®
September 7, 2022 Budget Billing 101: How to Master Utility Payments With Level Billing
by Kaz Weida
6,878,387 242,234 1,200,000 171,689 3,424,587 1,766,011 8,250,076