As the economy hits unemployment numbers not seen since before the Great Recession, one major stumbling block continues to puzzle economists: Wages just aren’t growing the way they should be.

But, with more people quitting their jobs than ever before, that could soon change.

More than 3.6 million workers quit their jobs in July, according to the latest Job Openings and Labor Turnover Survey (JOLTS), which the U.S. Labor Department released Sept. 11.

That likely means that paychecks are about to get fatter, according to Indeed Hiring Lab economist Nick Bunker. 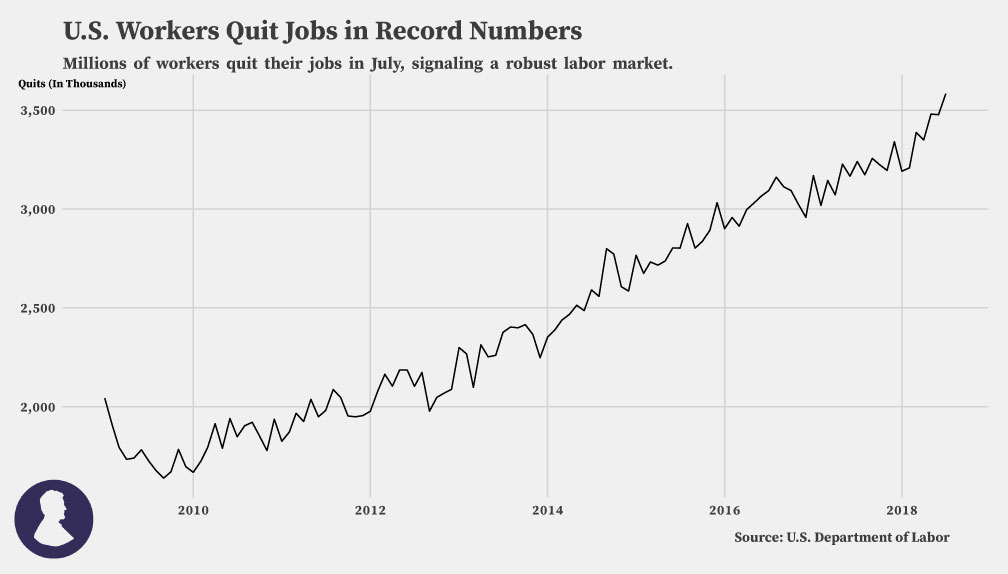 The “quits rate,” which measures the number of jobs quit as a percentage of total employment, has hit 2.4%, which is the highest it’s been since spring 2001.

“That’s a great sign for workers,” Bunker said. “It means they’re more confident and there are more opportunities out there.”

It also means companies are likely ramping up competition for talent — poaching workers who already have jobs — which should spur wage growth for the economy as a whole. That’s welcome news given that hourly pay for nonsupervisors, when adjusted for inflation, has actually declined over the past three months compared with the same time frame in 2017. 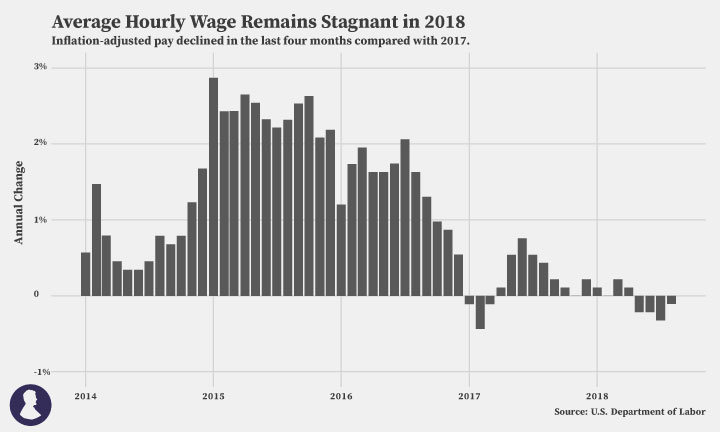 One of the high points in the report, Bunker said, is that the quits rate in the accommodation and food-service sector jumped from 4.5% to 4.9% — the highest it’s been during the summer months since 2007.

“Quitting is a good indication that they are moving on to new jobs, “ Bunker said. “And we know a tighter labor market tends to create more opportunities at the lower end of the wage spectrum.”

While the quits rate is a striking number from the latest JOLTS report, it’s worth noting the number of open jobs continues to outpace the number of unemployed folks. So, in theory, there should be at least one job for every worker. (Although, as we’ve noted before, it’s not really that simple.)

The number of job openings in July hit another record high at 6.9 million, while 6.3 million Americans remained unemployed. (Again, the latter number doesn’t tell the whole story, as only active jobseekers are counted as unemployed.)

“I think this is an incredibly exciting report for job seekers,” Bunker said.

How to Quit Your Job

If you have the opportunity to take a new job, then you should follow these guidelines so you can put yourself in the best position possible.

Don’t tell your employer to take this job and… well, you know what. Your current boss might be a valuable reference in the future. In fact, you should keep working hard and give two weeks’ notice if possible.

Time your resignation properly — don’t up and quit in the middle of a busy time of the season or while your company is in crisis. And put your resignation in writing, while thanking your boss for the opportunity to work there.

Of course, you have to have a good job opportunity lined up first.

Here’s some good news: We have plenty of advice for conducting a job search whether you are currently employed or not.