Gamers Aren’t to Blame for a Shrinking Labor Force. Here’s Why
see more from Make Money

Right now, the economy is humming.

The labor market just hit a major milestone when job openings surpassed the number of people looking for work. And the embattled retail sector seems to be on an upswing.

Then why have so many people dropped out of the labor force since the turn of the 21st century? 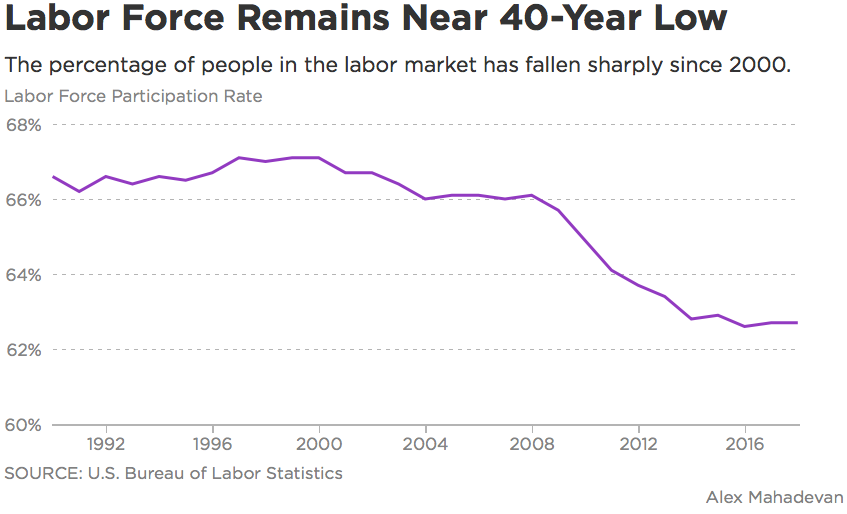 Like many modern problems, some academics have been quick to blame gamers for the phenomenon — at least when it comes to young men. The thinking goes: Millennial dudes might be more inclined to dab on haters all day in Fortnite than get out of their gaming chair and hunt for work.

It’s not quite a fatality, since the paper will likely be revised before final publication. But Kimbrough used data about men between the ages of 20 and 30 from the U.S. Bureau of Labor Statistics to find that, while some classic tropes about gamers — like most live with their parents — are true, young men haven’t been leaving the workforce to pursue a life of no-scoping n00bs and casuals.

“Moreover, an examination of men who recently left employment suggests that they do not prefer to spend significantly more time gaming than currently employed men, contrary to the hypothesis that preferences for gaming could be enticing men to leave the labor force,” he wrote in the paper.

A far more striking trend is the fact that an aging U.S. population is moving out of the labor market. Also, women appear to be foregoing work due to lack of advancement opportunities, childcare costs and the lack of parental leave.

Of course, with the rise of Twitch and monetized streaming, gamers can more easily make gaming their full-time job.

But for the rest of us, who struggle not to get murked by 12-year-olds on summer break, you can find a real job at The Penny Hoarder Jobs page on Facebook.